You are here: Home / Archives for Christian Life 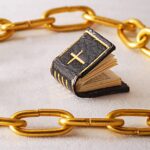 By Rev. Mark Creech Christian Action League February 26, 2021 There are few charges more often leveled against the Christian religion than those that claim it’s too restrictive. It stifles passions that are innate and can be harmful to suppress, say its critics. Nothing could be further from the truth. The opposite is the case. […]

“It is supremely fitting that every man should approach the infant Jesus upon his knees.” By Rev. Mark H. Creech Christian Action League of North Carolina In Bethlehem, the Church of the Nativity originally built by the Christian Emperor Constantine during the fourth century is located above a cave that legend holds is the place […]