You are here: Home / Archives for Uncle Sam 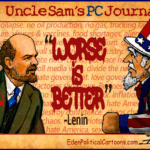 By Dave Eden, Eden Political Cartoons “Communism as a faith and as a system of thought is a compound of half-truth and positive-error, that Communism as a movement of power is a threat to essential forms of personal and political freedom, and that it is the responsibility of Christians to resist its extension in the […] 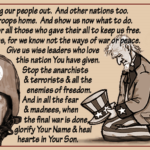 By Dave Eden, Eden Political Toons “There is only a minor difference between what President Biden has done in Afghanistan and the infamous American traitor Benedict Arnold did. Arnold was prepared to surrender West Point, New York, to the British until his plot was discovered and circumvented by Gen. George Washington. As I see it, […] 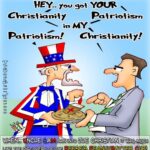 By Jeff Larson, The Back Pew “It’s time we rediscovered what it means to be ‘one nation under God,’ as President Abraham Lincoln said in the Gettysburg Address. It’s time we understand the full meaning of our national motto, ‘In God We Trust.’ It’s time we stop the ‘state sanctioned atheism’ that has been stripping […] 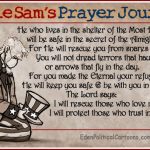 By Dave Eden, Eden Political Cartoons “In this harbinger of judgment man is given another chance…to abandon the foolish ways of sin and disobedience, and to receive God’s love and mercy. The headlines are God’s warning. The television news flashes are a shadow of his loving hand at work for the world’s redemption. The radio […] 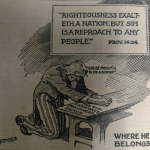 Sunday School Times, 1945 The cartoon above was one found recently in an old edition of the Sunday School Times. Obviously, its message is just as relevant today. Here’s something the late Dr. Billy Graham said about the old mourner’s bench many years ago that’s also still true. Preachers take note. Graham said: “We have […]