You are here: Home / Archives for Christianity 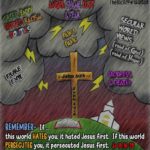 Jeff Larson, The Back Pew “This world hates Christianity. We see many examples of that today. How Christians are suffering in various parts of the world where once they seemed to have a welcome!.. [T]hey know that Christianity is the very antithesis of the theories that they are advocating, and by which they hope to […] 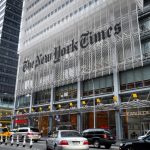 By Gary DeMar American Vision March 30, 2020 Leftist are at it again. They are trying to make Christians a scapegoat for all that’s bad in the world. The latest attempt is by Katherine Stewart, the author of The Power Worshippers: Inside the Dangerous Rise of Religious Nationalism. She has written for nearly a dozen […] 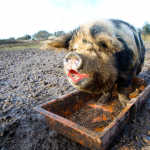 By Dr. Mark H. Creech Christian Action League March 6, 2020 During the 1980s, North Carolina’s U.S. Senator, the late Jesse Helms, wrote an interesting article about America’s drift from her religious and political moorings. Helms wrote at that time something powerfully astute. He said, “It is debatable at just what point the United States […] 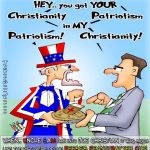 By Jeff Larson, The Back Pew  Abigail Adams, the wife of John Adams, second President of the United States, wrote in a letter to a friend: ‘A patriot without religion in my estimation is as great a paradox as an honest man without the fear of God. Is it possible that he whom no moral […] 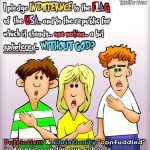 The Back Pew Cartoon by Jeff Larson 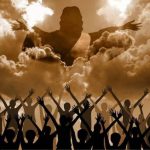 By Dr. Mark CreechChristian Action LeagueDecember 5, 2018 I have witnessed a response from my Christian brethren which sometimes distresses me. With regard to the many assaults on righteousness, they wag their heads and say, “It’s a terrible thing. But the Lord said it would get worse before his return.” Perhaps they really are watching […]