You are here: Home / Archives for impurity 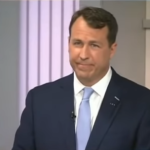 By Rev. Mark Creech Christian Action League October 9, 2020 The U.S. Senate race to represent North Carolina between Cal Cunningham (D) and Sen. Thom Tillis (R) took an unexpected turn when it was revealed that Cunningham, a married man and father of two, was caught sexting with a woman from California. Cunningham has admitted […]