You are here: Home / Archives for Rand Paul 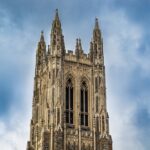 By L.A. Williams Christian Action League March 10, 2022 Students Supporting Israel, which had been denied recognition as an official campus club at Duke University last fall, has now been granted student organization status, but only after national free speech advocates and a U.S. senator called out the University for allowing discriminatory practices. “I am […]