You are here: Home / Archives for Hugo Chavez 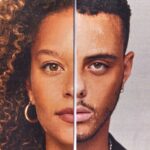 By Annie Holmquist Intellectual Takeout February 2, 2022 Sean Penn made waves with his comments about masculinity and femininity. The pugnacious actor, who once won an Academy Award for his portrayal of gay rights activist Harvey Milk, and who called for the imprisonment of anyone who called Venezuelan President Hugo Chávez a dictator isn’t exactly known […]