You are here: Home / Alcohol / Worst Alcohol Bill ‘Mere Shadow of its Former Self,’ but Still Contains a Serious Issue 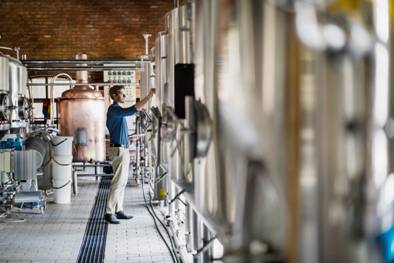 RALEIGH – A measure Dr. Mark Creech, executive director of the Christian Action League, touted as the worst alcohol proposal he had seen in nearly twenty years of lobbying on alcohol policy, was gutted on Wednesday.

The bill’s champion, Rep. Chuck McGrady (R-Henderson) said the Proposed Committee Substitute (PCS) had made the initiative “a mere shadow of its former self.”

HB 500 – ABC Omnibus Legislation would have raised the current limit on the number of barrels a brewery could self-distribute directly to retailers without working through a middleman, a wholesaler, from 25,000 barrels annually to 200,000. This provision in the measure, which made it exceedingly controversial, was stripped from the bill.

If the measure had passed as originally written, it would have done severe damage to the state’s Three-Tier system of alcohol control, made up of manufacturers, wholesale distributors, and retailers. The Three-Tier system is an indispensable means for reducing harms that are inherently attached to the marketing and sale of beverage alcohol.

Essentially, it would have allowed brewers to circumvent the second Tier, concentrating their power directly with retailers, opening the possibility for the same kinds of abuses which precipitated the 18th Amendment and resulted in Prohibition.

In his testimony against HB 500 before the House ABC Committee, Dr. Creech argued:

“The system does not work perfectly….Nevertheless, it has worked exceedingly well (1) to encourage and promote a more temperate and responsible culture with respect to alcohol use; (2) to prevent overly aggressive marketing and sales practices that can lead to alcohol falling into the wrong hands like underage drinkers; (3) to provide a clear and identifiable distribution chain that ensures the location of every ounce of a product well-known for its inherent dangers; (4) and, to establish a transparent means of collecting taxes.”

House ABC Committee members were tentatively scheduled for a vote on HB 500 Wednesday, but because of the new language in the PCS a vote will be taken on Tuesday, April 25th.

Dr. Creech said he “was relieved the worst part of this bill now seems to be behind us.”  But he added he still had concerns, because “this bill still has a very serious issue in Section 10.”

Section 10 of HB 500, even with its new language, authorizes breweries to sell their products at the brewery regardless of whether malt beverage sales are allowed in the town or in the county where they are located. Approval of such sales would first have to be voted on by either the Town Council or the County Commissioners, depending upon which jurisdiction the brewery comes under via its location.

Dr. Creech argues this will, undoubtedly, overturn an alcohol election in some cases. Breweries would be allowed to sell their products in places the electorate had voted to keep dry.

“The right to vote is the most sacred privilege of our political process. The final results of an election should be respected and never circumvented,” said Dr. Creech. “Unquestionably, at least in some cases, this bill would allow for the governing body of a city or a county to overturn the results of an alcohol election decided by the people for the sake of a brewery.”

He added, “After a local option alcohol referendum is held, it is not right that the power to nullify its results be placed in the hands of a few. It’s not right for lawmakers to give a local governing board that authority. Breweries have the same prerogative as any other business to work for the approval of an alcohol election, and they shouldn’t be given special rights by any governing body.”

If passed on Tuesday of next week, HB 500 would then be referred to the House Rules Committee.