You are here: Home / Alcohol / Where is the Respect for Churches? No Alcohol Sales Before Noon! 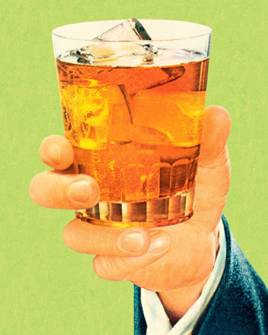 You’ve probably heard about in the media, it’s been dubbed the “Brunch Bill.”  It’s a measure under consideration by state lawmakers that would roll back the time for allowing alcohol sales on Sundays from 12:00 noon to 10:00 a.m.

SB 155 – Economic and Job Growth for NC Distilleries is being pushed by the North Carolina Restaurant and Lodging Association, and some other groups who care about one thing – money, money, money.

But our society is about more than bread and wine. We are spirit, mind, and soul. Even more vital to our well-being are those things that make for character. We are not simply what we possess.

The reason the current law has existed for many years – prohibiting alcohol sales until after the noon hour – has largely been out of deference and respect for churches. SB 155 begs the question: Where is this respect now? Why is this respect now being withdrawn?

When we consider churches spend significant resources and labor intensively to people whose lives have been seriously injured by alcohol abuse, when we consider their indispensable services to healing, helping, and rebuilding much of what’s been lost, it’s not too much to expect that this respect should continue.

Can’t we wait until the preacher ends the benediction before we belly-back-up to the bar?

Lawmakers are sensitive to rejecting legislation that is counterproductive to an environment conducive to businesses flourishing. Churches also need a similar sensitivity. The kind demonstrated in resisting legislative initiatives that work against religion having an optimum opportunity for a positive impact on our culture.

There are also other provisions in this bill that would exacerbate underage drinking, and undermine our current system of alcoholic beverage control.

For a closer look at this legislation read: Major Campaign Launched for Allowing Alcohol Sales before Noon on Sundays, ‘Where is the Respect for Churches?’

Please. This legislation is not innocuous. It will have a negative impact on our state’s public health and safety. Worse still, it’s just one more thing to diminish the influence of our churches.

Every time Christians are silent on an issue such as this one, we are complicit with the insidious and incremental encroachments of secularistic influences. It’s time to speak up. This is especially true for clergy and other church leaders. Silence is not golden in this case.

SB 155 is expected to be taken up for consideration in the Senate early next week. Please forward this letter to your Senator, acknowledging that you agree, and urge him or her in a few short words to VOTE NO on SB 155 – Economic and Job Growth for NC Distilleries.

If you don’t know who represents you in the NC Senate, go to this link and put in your street address, city, state, and zip code. It will provide you with your state Senator’s name, email, and other contact information.

If you are clergy or have an official title in the church, please take an extra step by going to this link and signing a letter to the state’s legislative leadership (Senate President Pro-Tem, Phil Berger, and House Speaker Tim Moore) as well as all the members of the General Assembly. Dozens of clergy and other church leaders have already signed on, but much more are needed.

And most importantly, make this issue a matter of your prayers.