You are here: Home / Christian Action League / Whatever Happened to Sunday? It’s Disappearing 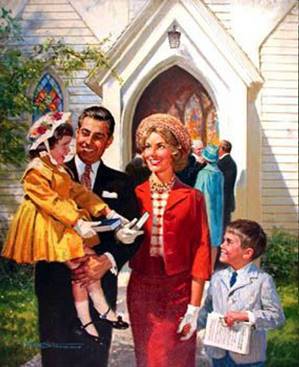 A commercial ditty often heard during the 1950s and 1960s intoned, “You’ll wonder where the yellow went when you brush your teeth with Pepsodent.”

A ditty reflecting current times might well ask, “I wonder where Sunday went!” While someone might say, “I didn’t know Sunday had gone any place,” the Sunday many of us in America knew during the 1910-1960 years has gone, and perhaps forever.

Some raised in other cultures or those too young to remember how it was in many places 60 years ago may not have noticed the wholesale changes in Sunday. But those who remember those days know there have been tremendous and damaging changes.

During those years there was a religious and cultural awareness that Sunday was a special day, a day set aside for physical and spiritual rest. The Old Testament with its Jewish Sabbath unquestionably influenced the perception and observance of Sunday, the Lord’s Day, and as Christians came to call it and observe it.

Some may remember dreading Sunday because it could be drab and restrictive, depending on how some families and communities observed it.  Macaulay chided the Puritans joyless Sundays by saying, “They opposed bear-baiting on Sunday, not because it gave pain to the bears, but because it gave pleasure to the people.”

I read about a Presbyterian minister of generations past who served as pastor of a church situated beside the same creek a couple of miles from where his manse was located. One Sunday severe winter weather curtailed travel so much that his only means of getting to the church was by ice-skating up the creek, which resulted in the church elders calling him into account for violating the Lord’s Day.

After he explained that skating was his only means of getting to church, one of the elders asked him, “Did you enjoy it?” “Not particularly,” he answered. “Well, then, it was permissible to do it on Sunday so long as you do not enjoy it.”

Exodus 20:8 states, “Remember the Sabbath day by keeping it holy.” Jesus observed the Sabbath with its oppressive man-made restrictions with far less rigidity in saying “The Sabbath was made for man, not man for the Sabbath.”

For multitudes Sundays were “enjoyed,” as they looked forward to each Sunday as a time for spiritual and physical renewal and as a break from life’s strenuous routines. While some among us may have felt cramped if parents imposed strict rules about the observance of Sunday. I enjoyed Sundays.

During the period between 1910-1960, it was commonplace that Sundays were generally used for worship, visiting family and friends, and resting from work routines. Things we see people routinely doing today were almost non-existent then.

During those days it would have been unusual for any store to be open on Sunday. Almost never on a Sunday would washed clothes be seen hanging out to dry. No one would be seen mowing grass, harvesting a crop, working in a field, driving a mule or tractor, or working in the yard. And most students did not use Sundays to do their school homework.

Today, the Sunday scene is a far cry from what some of us knew. While many people still use their Sundays for resting, worshiping, and visiting, the overwhelming trend is that Sunday is “just another day,” when multitudes spend their time and money for business and amusement.

Almost every community has its flea markets, malls, shopping centers, box stores, theaters and parks, all filled with people on Sundays who seem unaware or uncaring that Sunday is a special day.

In addition, there are the athletic contests, automobile races and beaches, whose frequenters likely exceed numerically all the people in all of the places of worship on any Sunday.

Attempts to safeguard Sunday as a day of rest and worship in some communities resulted in the wholesale institution of “Blue Laws,” most of which have been repealed.

Surprisingly, those laws were enacted mostly at the urging of business interests for the well-being of their employees. In fact, in spite of its religious beginnings, the setting aside

of Sunday (or the Sabbath) as a special day of rest was less for religious purposes than because the Almighty and His followers recognized a need to take a break from the work and worries of six days.

The intention of observing Sunday was not to meet the requirements of some manmade or religious law or to take the fun out of life, but for the greater good of the human race.

During the 18th-century French Revolution, atheists tried to change the divinely-ordained seven-day cycle, substituting instead a 10-day week, which proved to be a disastrous plan soon rejected.

I read a story about a roadside beggar who sought help from passers-by. A sympathetic man stopped to help, by pulling a purse from his belt that had seven gold coins, from which he took six coins and gave to the beggar. 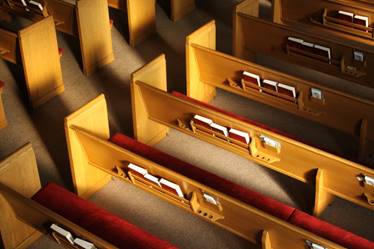 After the stranger resumed his travel, the beggar, who had seen all of the coins, followed the man, attacked him, and stole the seventh coin. Humanity has received the gift of six days in which to work, study, and play. But six days are not enough, it seems, because people insist on having or stealing the seventh day as well.

Many of the aches and frets of a work week may well be assuaged or healed by worship and by rest.

Draper was quoted in Human Physiology saying, “The testimony of physicians, psychologists, political economists, managers of industrial establishments, etc. is emphatic on this point” (of the need for a day of rest).

“Why, even a mule will pull or plow better if taken out of harness and allowed to run and roll on the ground on occasion. An engine will function better if it is turned off on occasion, checked out, and serviced for better and longer running.

“Apart from the need for spiritual rest everyone needs a day of rest for the health, happiness, and endurance of all of society.”

Remember what Jesus said, “The Sabbath was made for man, not man for the Sabbath.” 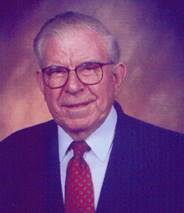 Ray K. Hodge pastored a total of five Southern Baptist churches, 2 in Henderson, 1 in Youngsville, 1 in Raleigh, and 1 in Durham, before becoming pastor of his last Parrish, the First Baptist Church in Kinston. He retired in 1988. Before his retirement Ray also served as a chaplain in the N.C. Army National Guard with the rank of Colonel. He served as a trustee of Wake Forest University and Meredith College, chairman of Campbell University’s Board of Ministers, chairman of Southeastern Baptist Theological Seminary’s Alumni Association, and as a Trustee Emeritus of Wake Forest University. Ray was always active in his denomination’s local, state, and national affairs, serving on numerous committees, and as President of the North Carolina Convention’s General Board. He is 92 years old and writes his column, HodgePodge, for the Kenly News.

This editorial first appeared in the Kenly News. It was posted on the Christian Action League’s website with the author’s permission.