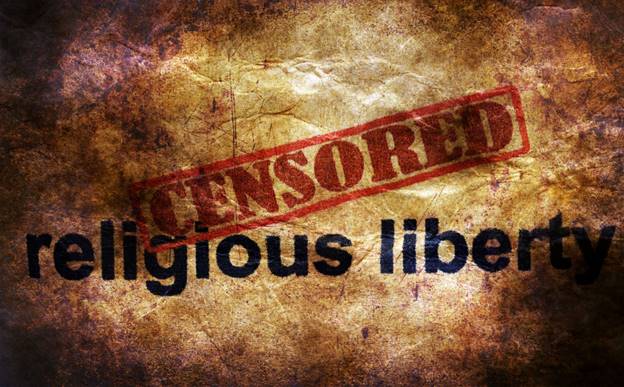 Do you remember the heated controversy in our state over HB 2? The law enacted by the North Carolina General Assembly was in response to a SOGI ordinance that was passed by the City of Charlotte. The situation was a firestorm of heated controversy.  After considerable pressure, the General Assembly repealed HB 2 and replaced it with HB 142, which was a compromise. The compromise law repealed HB 2, but it also said that no SOGI ordinances may be passed by any city or town, until after December 21, 2020.

It seems that Fayetteville is prepared to defy the law that passed as a compromise.

It is the understanding of the Christian Action League that Monday evening the Fayetteville City Council will consider a SOGI ordinance as part of their agenda.

SOGI is an acronym for “Sexual Orientation,” and “Gender Identity.” SOGI ordinances are nondiscrimination laws that provide specially protected classifications for LGBTQ.

Unfortunately, SOGI ordinances seriously infringe on religious liberties. They are used to penalize Christian florists, bakers, photographers, printers, and other small businesses or companies that wish to operate by biblical values. You may have heard of Jack Phillips, the Christian cake baker in Colorado, who had to defend himself against a SOGI ordinance all the way to the Supreme Court.

There are also legitimate concerns about the way a SOGI ordinance can negatively impact pastors and churches. After the city council in Houston, Texas, passed a SOGI law, many religious leaders spoke out against it, while other concerned citizens worked to put the issue on the ballot for a vote. A legal conflict ensued over the ballot initiative, which resulted in Houston city attorneys subpoenaing information from five pastors in the community. These pastors were ordered to turn over their sermons and personal communications. It was an outrageous infringement on their religious freedom. Fortunately, Houston defeated their SOGI law in a vote of 61-39%.

SOGI laws impose a radical ideology on society. Although they purport to be shields against discrimination, they are swords against those who believe that same-sex marriage and transgenderism are immoral. Dissent is treated as unjust, irrational, bigoted, and a discriminatory action punishable by law.

Because an attack on religious liberty in Fayetteville is an attack on every Bible-believing pastor and church in North Carolina, the Christian Action League urges you to contact these members of the Fayetteville City Council, urging them to either withdraw their SOGI ordinance from consideration or vote it down on Monday.

This is most incumbent upon those who reside in Fayetteville or Cumberland County. Thank you!

Quick Email for Cut and Paste