You are here: Home / Christian Action League / There’s One Almost Everywhere, But Not in NC Movie Theaters 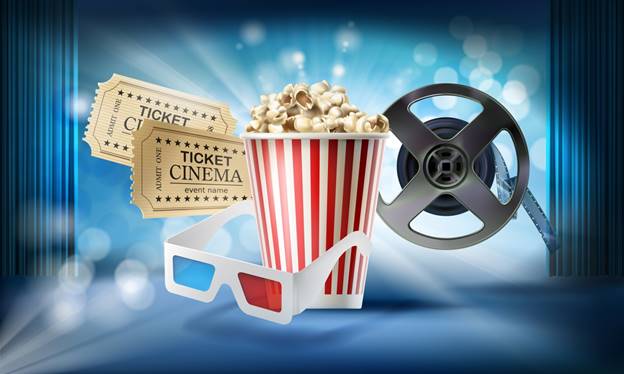 During the last session of the North Carolina General Assembly, proposed alcohol legislation would have lowered the criteria for Movie Theaters to obtain a mixed beverage permit. Some theaters already sell beer and wine, but this would have authorized them to have bars.

As a registered lobbyist for the Christian Action League, I urged a Senate committee to reject the scheme. In my testimony before the committee, I asked, “Will there be any place remaining that a family can go that doesn’t have a bar? Will there be a public place left that’s a respite for people who choose not to drink?” Fortunately, sometime later lawmakers agreed to drop that initiative.

Alcohol has become so much a part of the fabric of our daily lives. It’s at the grocery and convenience stores, restaurants, and hotels. Its advertisements are on television, radio, billboards, in the newspapers and social media. It’s served at meals, at social gatherings, and at celebrations as casually as coffee and tea.

Alcohol is so acceptable these days, its negative impact is rarely if ever, considered. Alcohol-related problems have become the third leading cause of preventable death in this country. The national crisis surrounding our use of alcohol is far worse than a war. Even the worst of wars comes to an end, but alcohol abuse issues endlessly increase their destruction year after year after year after year on innumerable levels.

Consequentially, alcohol policy is a signature concern for the Christian Action League. When I’m lobbying on liquor legislation, the question is never whether to drink or not to drink. Instead, the focus is on the problematic nature of alcohol. Because alcohol is not an ordinary commodity, because it can pose serious threats to public health and safety, the League contends the state does well to maintain or enact policies that encourage temperance and work to minimize harms. Nevertheless, admittedly, I have never hidden my personal belief that abstinence is the most prudent position for the individual. Persons who avoid alcohol also avoid the plethora of hazards that can come with its use.

Few things waste the home’s capital as much as an alcohol-related problem and children are the chief victims. Last year, a study published by the Institute of Alcohol Studies (IAS) in partnership with the Alcohol and Families Alliance and Alcohol Focus Scotland “showed that parents do not have to regularly drink large amounts of alcohol for their children to notice changes in their behavior and experience negative impacts.”

Another study, published in 2011 by the Joseph Rowntree Foundation, examined drinking behaviors of young people in England and the primary influences on their alcohol consumption. They found that youth were “more likely to drink, to drink frequently and to drink to excess if exposed to a family member, especially a parent, drinking or getting drunk.”

Of course, most parents who drink in front of their children would counter that they do so in moderation. But I wonder if they might be just as willing to smoke a marijuana cigarette in front of their children. I doubt most would, even if it were legal. Nonetheless, it’s a scientific fact that alcohol is a recreational drug. Moreover, alcohol generates more carnage than all the illicit drugs combined.

I suggest when parents drink in the presence of their kids, even if they believe they are doing it responsibly, they are unwittingly opening wide the door for their children’s assumption and contention that the use of marijuana and other recreational drugs of choice may also be “moderately” or “responsibly” used as an acceptable means of amusement.

Certainly, there is no legitimate contention for the legalization of other drugs besides alcohol, as some already argue. Legalizing other drugs on top of alcohol would only seriously compound social problems. Still, if alcohol is an acceptable, legal, mind-altering drug that provides as many inherent risks as the rest, with even more damage, by what logic is the use of other drugs denied? So the argument goes – an erroneous and dangerous argument, unfortunately, and inadvertently, fostered by example.

Approximately 40 years ago, the late W.A. Criswell, the renowned American pastor and author from Dallas, Texas, suggested this same parallel between alcohol and drugs in his book, What a Savior. Interestingly, he referred to alcohol as “liquid pot.”

“There are many ways we can lead our children astray. When the youngster sees the successful man drink liquid pot, take a drug – not just heroin, hashish, marijuana, or any other derivative of the poppy plant, but anything that affects a man’s mind, including alcohol, is a drug – then he is badly influenced to do likewise. When we work to get our youngsters not to use drugs and the finest people use them all the time, how on earth can one turn to the youngster and say, ‘Under no condition are you to find yourself a victim of drugs.’ 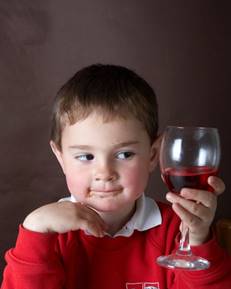 “The curse of America and the world is a thousand times more widespread in alcohol than it is in heroin or opium of any kind. The curse of the drug problem is the curse of the liquor traffic. When a fine executive drinks, takes liquid pot, the boy watching him sees no reason he should not also emulate him. Of men who drink, eight of them can get by with it alright, but the ninth one is destroyed; he becomes a problem drinker; and he ruins his life, himself, his home, his job, his effectiveness as a man. A thousand times better is it for the man to say, ‘I may be able to carry my liquor, I may be able to smoke my drugs without personal harm; but for the sake of those youngsters, those teenagers…I will not partake…I will not drink.’”

There’s enough exposure of children to alcohol. Seemingly, there’s a bar of some kind almost everywhere, even in the home. I’m glad that, at least for now, for families who choose not to drink and simply want to enjoy some wholesome entertainment, there will be no bars at Movie Theaters in North Carolina.