Last week, in an article titled The Two Worst Pieces of Alcohol Legislation I’ve Seen in Nearly Twenty Years of Addressing Alcohol Policy, I reported there are two seriously egregious alcohol proposals to be taken up for discussion in the House ABC Committee, Tuesday, April 11th, 9:00 am in Room 1425 of the Legislative Building on Jones Street in Raleigh.

The first measure, HB 500 – ABC Omnibus Legislation, would raise the current limit on the number of barrels a brewery could self-distribute their beer directly to retailers without working through a middleman, a wholesaler, from 25,000 annually to 200,000.

This initiative would do severe harm to North Carolina’s Three-Tier system of alcohol control, made up of suppliers, wholesale distributors, and retailers. This system is indispensable as a means for reducing harms that are inherently attached to the marketing and sale of beverage alcohol.

HB 500 would essentially allow brewers to circumvent this system, concentrating their power directly with retailers, opening the possibility for the same kinds of abuses which precipitated the 18th Amendment and gave us Prohibition.

In whatever way the Three-Tier system of alcohol control is diminished, critical checks and balances will be lost. Built in safeguards against corrupt, manipulative, and abusive industry practices will be lost.

The independent buffer of a wholesaler helps to prevent unauthorized sales to minors, counterfeit products, and unscrupulous efforts to avoid excise taxes.

Few people in our state really understand alcohol policy, and, therefore, few understand the danger of HB 500. Nevertheless, this bill, pushed by the breweries, must be stopped! Like a virus to a computer’s hard drive, it will destroy our state’s ability to effectively “control” and “regulate” alcohol in a manner that minimizes the excesses that translate into harm.

Similar to HB 500, HB 460 has several provisions. Four of those provisions make it a very bad bill.

One particular provision has drawn a good deal of attention from the media, which has named the measure, “The Brunch Bill,” because it would allow restaurants and bars to begin selling alcoholic beverages for on-premises consumption starting at 10:00 am on Sundays. Current law prohibits sales at these establishments before 12:00 noon, the time when most churches are ending their worship services.

When I spoke against this bill’s companion, SB 155, before the Senate Commerce Committee, I told committee members the measure evidenced a tacit disrespect for churches that spend significant ministry efforts serving people that have been ruined by alcohol abuse. I asked whether it was too much to expect the state to demonstrate respect for our churches by not increasing the hours of sale on Sundays, more specifically Sunday mornings, the primary time when most churches are meeting.

It seems today that for the love of money, certain boundaries that never would have been crossed in the past, are now disregarded and crossed with little, if no, apprehensions. It shouldn’t be this way.

Still, there are other provisions that amass HB 460’s guilt.

Another part of the bill would allow direct shipment of distillery products to out of state residents, exacerbating the problems of underage drinking.

Jon Carr, lobbyist for the North Carolina ABC Boards, shared in an email with the Christian Action League, their angst about this section. Carr wrote:

“Distilleries already have the ability under current state law to ship their products to ‘public or private agencies’ in other states, subject to the laws of those other states. This change would allow distilleries to ship their products directly to individuals in other states. The Association would oppose any effort for liquor to be shipped directly to individuals in North Carolina. Also, local Boards and the ABC Commission are actively engaged in an ongoing and comprehensive campaign (see talkitoutnc.org) to combat underage consumption of alcohol and this provision further exacerbates the problem in other states.”

Indeed it would. In fact, The June 2015 Report to Congress on the Prevention and Reduction of Underage Drinking addressed state laws that prohibit or permit retailers to ship alcohol directly to consumers located across state lines, usually by ordering alcohol over the internet.

“Retailer interstate shipments may be an important source of alcohol for underage drinkers. In a North Carolina study (Williams & Ribisl, 2012); a group of 8 18 to 20-year-old research assistants placed 100 orders for alcoholic beverages using internet sites hosted by out-of-state retailers. Forty-five percent of the orders were successfully completed…

Once again, it’s clear that the pursuit of profit by the industry is at the expense of the public’s health, more specifically, at the expense of underage drinkers. Do we really want to make this problem worse for other states?

The third grave flaw of HB 460 is that it provides for free liquor tastings inside ABC stores, as well as other venues such as trade shows, festivals, and other places.

Having free liquor tastings in North Carolina ABC stores creates a paradigm shift in their function. North Carolina’s arrangement for the sale of spirits provides access only via the approval of an alcohol referendum. Once a referendum is approved, a local ABC Board is founded, and an ABC store established.

ABC stores have traditionally been about regulation and control. In the interest of encouraging a culture of temperance and responsibility, stores have always been neutral – providing access only – never about the promotion of liquor. HB 460 changes this by allowing a partnership between the stores and spirits manufacturers in the pursuit of monetary gain.

North Carolina cannot serve two masters, “control” and “profit.”  Either we will hate the one and love the other, or we will be devoted to the one and despise the other. We cannot serve both. At the repeal of Prohibition, John D. Rockefeller summarized the principle best, saying:

“Only as the profit motive is eliminated is there any hope of controlling the liquor traffic in the interest of a decent society. To approach the problem from any other angle is only to tinker with it and ensure failure. This point cannot be too heavily stressed.”

Beer and wine are already allowed the privilege of free tasting events. But granting the same for the spirits industry at venues like festivals, trade shows, conventions, etc., abandons a long-time NC belief that liquor is inherently more problematic because of its higher alcohol content.

Free spirits tasting events set a precedent for undermining policies that recognize liquor as having greater potential for alcohol-related damage to life and property.

Last, but certainly not least. HB 460 increases the number of distillery products (5 bottles) that can be sold at a distillery.

In 2015, distilleries in North Carolina enjoyed a historic legislative victory. For the first time in the state’s history, spirits were allowed to be sold outside of an ABC store. Although the allowance was small, granting NC distilleries the privilege of selling one commemorative bottle to patrons after touring their facilities, our state’s lawmakers were warned this wouldn’t be the end of the matter. There would quickly be a push for additional sales.

Those concerns were evident after more privileges were sought in HB 169 – Regulatory Reduction Act during the 2016 short session, and now again in HB 460 in the 2017 long session.

I often referred to the 2015 decision to allow the sale of spirits outside of an ABC store, the “crack in the windshield of our ABC system.”

The passage of HB 460 would unquestionably further aggravate that “crack.”

Where does this end? Will the crack worsen? 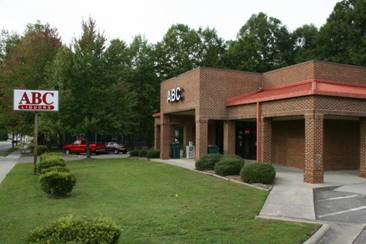 HB 460 will broaden damage to our current system for liquor control – an ingenious scheme that serves our state’s citizens quite well.

Again, these two bills, HB 500 and HB 460, are the worst pieces of alcohol legislation I’ve ever encountered in my near twenty-year tenure of addressing North Carolina alcohol policy.

Alcohol issues may not generate the same fervor from conservative evangelicals as some of the larger social issues, but because alcohol’s use and abuse is responsible for considerable carnage in our state and nation, they shouldn’t neglect to address it.

The late John D. Freeman, author of Shadow Over America, has eloquently written: “It is as much the business of good citizens to control alcoholic beverages as it is for the farmer to keep the weeds from damaging or destroying the crops, or the termites from eating down his house…In hands that are not restrained by wisdom and brotherly love or by society’s control, alcohol becomes dangerous.”

Please contact your Representative in the North Carolina House immediately and ask him/her to vote “NO” on the following proposed alcohol legislation:

If you don’t know who represents you in the N.C. House and Senate, and don’t know their contact information, go to this link: http://www.ciclt.net/sn/pol/po_districtlookup.aspx?ClientCode=calnc&State=nc&StateName=North%20Carolina

You may want to email them first, then follow-up with a phone call.