You are here: Home / Christian Action League / The Drunkest City in North Carolina 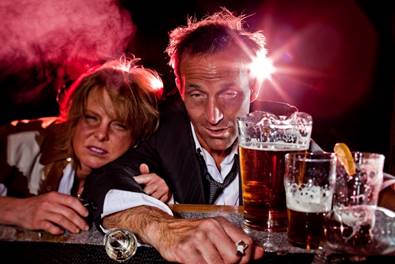 JACKSONVILLE, N.C. – USA Today came out with a story last week noting the damage of excessive drinking across the country. But it was a North Carolina connection in their report that should be of interest to citizens of the Tar Heel state.

The news agency cited a number of critical statistics demonstrating the appalling destruction of alcohol abuse nationwide. They reported that alcohol abuse “claims the lives of tens of thousands of Americans each year and is responsible for about 1 in every 10 deaths among working age adults.”

Also mentioned were the conclusions of a recent study by the Centers for Disease Control and Prevention that concluded “excessive alcohol consumption cost the U.S. economy an estimated $250 billion dollars in 2010.” USA Today added that “18% of American adults drink excessively, and “[a]cross U.S. metro areas, excessive drinking rates range from fewer than 1 in every 10 adults to more than 1 in every 4 adults.”

Perhaps the most interesting statistic in the USA Today piece was its report on the drunkest cities across the U.S., including one from North Carolina.

So what’s the drunkest city in North Carolina? It might be a surprise for some North Carolinians. It’s Jacksonville.

“Of the 15 metro areas in North Carolina, Jacksonville is the only one where more than 1 in every 5 adults drinks excessively. While a high binge and heavy drinking rate does not necessarily mean that residents are more likely to drive under the influence, alcohol is a relatively common factor in roadway fatalities in Jacksonville. Some 35.1% of driving deaths in the metro area involve alcohol, more than the comparable 32.3% statewide and the 30.0% the U.S. shares.

The National Institute on Alcohol Abuse and Alcoholism defines “binge drinking as a pattern of drinking that brings blood alcohol concentration (BAC) levels to 0.08 g/dL. This typically occurs after 4 drinks for women and 5 drinks for men—in about 2 hours.”

According to the Substance Abuse and Mental Health Services Administration (SAMHSA), which conducts the annual National Survey on Drug Use and Health (NSDUH), binge drining is defined as 5 or more alcoholic drinks for males or 4 or more alcoholic drinks for females on the same occasion (i.e., at the same time or within a couple of hours of each other) on at least 1 day in the past month.”

Dr. Mark Creech, executive director of the Christian Action League, said he found the revelation that Jacksonville was the drunkest city in the state startling. He said it was especially troubling in light of the Jacksonville City Council’s vote in favor of a Brunch Ordinance.

This year, the North Carolina General Assembly approved a measure that authorizes cities, municipalities, and counties to roll back the starting time for alcohol sales on Sundays from 12:00 noon to 10:00 a.m. Governor Roy Cooper signed the legislation on June 30th. Jacksonville passed their Brunch Ordinance back in August.

I guess despite the fact that Jacksonville is already the drunkest city in the state and their drunk driving fatalities exceed both the state and national averages, they figured alcohol needed to be even more accessible,” said Creech. “Seems like their politics are as drunk as anyone else in the city.”

When Jacksonville approved their Brunch legislation, Jack Marshburn, pastor of Tar Landing Baptist Church in Jacksonville, wrote a letter to the editor of the Jacksonville Daily News and said:

“What a sad and shameful irony! Within days of a seventeen-year-old losing his life to an alleged drunk driver, the Jacksonville City Council voted to make alcohol more available. Another irony is that the Center for Disease Control, in its recommendation about curbing excessive alcohol consumption, suggests four strategies for communities to take. One of the four is to reduce the days and hours of alcohol sales. (“How Can We Prevent Excessive Alcohol Consumption and Reduce Its Economic Costs?”) The Jacksonville City Council proves again that alcohol is America’s number one drug of choice.”

Marshburn is also president of the Christian Action League.

Dr. Creech added that over the years the North Carolina Legislature has worked to significantly broaden the alcohol industry’s market. He said that he believes he’s heard every argument in favor of further loosening the state’s alcohol control statutes.

“There’s every contention from ‘the times have changed’ and ‘businesses need more opportunity to grow’ to ‘a few lawless people shouldn’t deprive others of their rights,’” said Dr Creech. “Still, all these assertions fail to recognize that although the mores of our society may have changed, the nature of alcohol remains the same and it continues to pose significant risks to the public’s health and safety. Society is under as much obligation to control this most unordinary commodity as it would the distribution of explosives, or the use of all forms of opiates. In hands unrestrained by wisdom, brotherly love or prudent public-policies, excessive drinking abounds resulting in carnage on nearly every level of life – so far reaching it is impossible to fully measure it.”

To see what other cities are the drunkest in the United States see Alcohol Abuse: The Drunkest City in Every State.