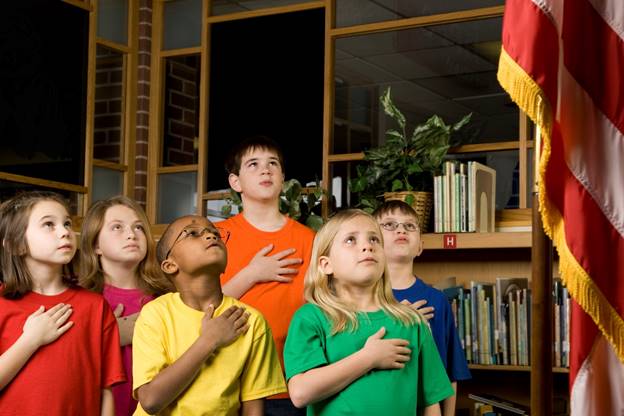 A growing number of U.S. students may soon see the national motto, “In God We Trust,” posted in their schools as state legislatures have pushed through laws requiring the displays. Unfortunately, the initiative has stalled in North Carolina, but proponents say they expect it will be back on the table next session.

“What I was told was that the Senate did not want to do it during this short session, but the Senate Rules Chair told me he would personally help pass it during the long session in 2019,” explained Rep. Bert Jones (R-Rockingham), who introduced HB 965 – National and State Mottos in Schools Act in the N.C. House. As its name suggests, the legislation would require the display, not only of “In God We Trust,” but also North Carolina’s motto “Esse Quam Videri,” Latin for “to be rather than to seem.”

Jones said he sponsored the bill, which calls for posting both the Latin and English, because the state’s young people should know the patriotic history of their country. Apparently most others in House agreed, as the bill passed 95-14 in June.

“I read where Tennessee had recently made it law and that Virginia had done so years earlier,” Jones said. “I thought it was appropriate for North Carolina to do so as well.”

The Rev. Mark Creech, executive director of the Christian Action League, said the bill was not only appropriate but much needed, and that he’s glad to see other states move ahead with similar legislation.

“We commend Rep. Jones for sponsoring the bill and are glad to hear about the strong commitment from Sen. Bill Rabon (R-Bladen), who heads the Rules and Operations of the Senate Committee,” Creech said.

Last spring Florida, which shares a motto with the nation, adopted a law requiring “In God We Trust” to be placed in each school and each building used by the district school board. Tennessee’s House and Senate passed a similar law in March, and an almost identical bill has been pre-filed for the 2019 General Assembly in Kentucky. In Arizona, after some debate, lawmakers voted in April to allow schools to post the national motto and their state motto, “Ditat Deus” (“God enriches.”)

The Rev. Creech said the National Motto’s declaration should be engraved “not simply in stone but on the hearts and minds of our citizens, signifying our true strength and heritage as a people.”