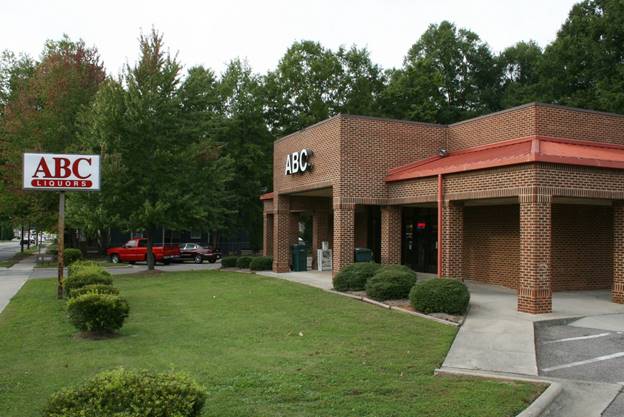 It’s been barely a week since State Auditor Beth Wood accused North Carolina’s Alcohol Beverage Commission of mismanagement of taxpayer dollars and just two days since an ABC commissioner resigned in protest, and the battle cry for privatization has already started.

But the Rev. Mark Creech, executive director of the Christian Action League, is calling for a reasoned response rather than the current knee-jerk reaction.

“The concern over the audit report is understandable but there are typically two sides to every story and the public has a right to hear both sides. Maybe ABC has been irresponsible, but maybe the auditor got it wrong. I think there needs to be further investigation. If indeed the claims of the auditor are correct, then that would warrant potential changes at ABC,” Creech says. “But even if the auditor got it right, that’s no reason to call for privatization of liquor sales – that’s a huge leap. You don’t throw out the baby with the bathwater. Shall we call for an end to our legislative branch of state government? We know that through the years they’ve wasted millions upon millions of taxpayer dollars.”

If the audit results are accurate, Creech says what’s needed is heightened accountability and stricter supervision of ABC contracts. But first, there should be a closer look into the audit and into the response from former commissioner Mike Herring, who resigned Wednesday.

Creech added, “I don’t’ want to impugn on anyone’s integrity, but there is something about this situation that doesn’t add up and I’m not talking about the figures from the audit. Sometimes it’s healthy to be suspicious.”

Herring was ABC administrator for 30-plus years before retiring in 2014 and being appointed to the board by Gov. Pat McCrory in 2015. He was in charge of day-to-operations during much of the time period scrutinized by the audit.

Another casualty of the audit was Bob Hamilton, who took over as chief administrator in 2014 after being appointed by former Gov. Pat McCrory. Hamilton’s departure was a quiet one.

According to Wood’s audit report, her staff members who scrutinized the ABC Commission found:

“There was just no overview, no oversight,” Wood told the media. “You just had a contractor come up and say ‘I want more money,’ … and whatever the contractor asked for, it was what they got.”That contractor was Maryland-based LB&B, a facilities management firm that has had an agreement with the state, since 2004, to provide warehouse and distribution services.

Contract costs, which started out at $3.2 million, rose to $8.3 million by 2017, increasing by 10 percent the first year and by 44 percent in 2012. Auditors say LB&B asked for increases based on fuel cost in 2008 and 2016, even though the company’s cost actually decreased for those time periods.

They also contend that the ABC Commission extended LB&B’s contract several times without approval from the Department of Administration’s Division of Purchase and Contract and that ABC instructed the company to acquire a 200,000 square-foot warehouse in Clayton, space that auditors say is going largely unused.

Response from LB&B and from Herring

After the audit was released, LB&B issued a letter denying that its price increases were unreasonable, considering that the volume of inventory had grown from 3.8 million cases in 2004 to 6 million cases in 2017. The company also says the ABC Commission is not bound by law to use the state’s purchases and contracts procedure.

“Over the past 13 years, the scope and magnitude of the Warehouse Contract services have increased dramatically,” the letter reads. “The ABC Commission had every right to negotiate and agree to price increases commensurate with the increased demands on LB&B and increased costs of performance, as it did in this case. Despite these increases, the ABC Commission continues to pay one of the lowest costs in the country for the warehousing, storage, and transport of spirituous liquor.”

LB&B also challenged the auditors’ assessment of the Clayton warehouse:

“The State Auditor claims that only 23% of the Clayton warehouse is allocated for regularly listed spirituous liquor, implying that the remainder is underutilized. However, 80% of the warehouse is at full utilization on a regular basis.”

Herring says when auditors visited in December inventory had been cleared out, as is typical of holiday demand. He defends the need for the second facility.

“We had outgrown a warehouse that we had been in since the early 1980s. We needed another warehouse desperately… and if you’re expecting to expand your family, you don’t go out and buy a one-bedroom condo,” Herring told the Triangle Business Journal. “We were expecting our liquor business to continue growing in North Carolina, which it has.”

In his resignation letter to Gov. Roy Cooper, Herring challenged the administration’s position not to defend the “fictitious findings” of the audit, calling it an “injustice to all that served on the commission over the past decade.”

Herring also questioned whether the governor’s office or Wood understand how the ABC system operates and told the News and Observer that he was not contacted during the audit or given a chance to explain any of the actions that were called into question.

“There was and is documentation and justification for each decision made in accordance with ABC Laws,” Herring wrote in his letter to Cooper. “Please be assured that during this time period, when over $3 billion was distributed to local governments and the state’s general fund from the spirits business, the Commission did not waste, mismanage or overspend taxpayer dollars while overseeing the annual multimillion dollar ABC warehouse contract.”

Response from the ABC Chairman

In his written response to the State Auditor, ABC Chairman Zander Guy says it was the understanding of the commission that negotiations and amendments to the LB&B contract were reviewed by the NC Attorney General’s Office and presented in public meetings before being approved.

Guy, who was appointed chairman in 2017, blamed past commissions for any problems and said changes recommended by Wood’s office are already being implemented. He said the warehouse management contract would go out for public bid in 2020 in advance of the current contract expiration in 2021 and that new oversight procedures are in place to ensure that any requested adjustments to contracts are more closely scrutinized.

The ABC Commission has also planned an internal review within the next 12 to 18 months to make sure new practices are still in place and new protocols are being followed.

Creech says he’s all for new procedures, if they are designed to strengthen the ABC system.

“It’s not perfect, but despite its flaws, the Alcohol Beverage Control system has served our state’s citizens well for many decades and should not be cast aside.”

Why alcohol sales shouldn’t be privatized

“Regardless of claims to the contrary, our control system does something no privatized system comes even close to doing as well,” Creech says. “It drives down dangerous consumption rates, protecting public health and safety, while also working to keep revenue high for state and local municipalities.” 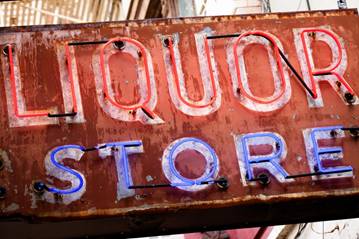 ABC has been part of the state government since the early part of the last century. When the 21st Amendment repealed Prohibition in 1933, the task of monitoring the sale and distribution of alcoholic beverages was passed to the states. Although there is much variation in their rules and enforcement mechanisms, the states can all be categorized as either licensure or control. Licensure states have relinquished control on some or all levels to the private sector, while control states take ownership of the product and retain the rights of sale. North Carolina is one of 17 control states.

As the result of local alcohol referendums, the state has 168 Alcoholic Beverage Control boards that operate 430 ABC stores to sell liquor to individuals, restaurants and bars in 99 of North Carolina’s 100 counties. (Only Graham County, in the far west, remains dry.)

Liquor prices are uniform. Advertising is extremely limited. ABC stores have limited hours and are not open on major holidays, Sundays, or after 9 p.m. Even so, all totaled, they bring in more than $1 billion in gross sales each year. Plus, there are millions of dollars that go to municipalities, etc. If the state were to abandon its control system, turning over functions to private, for-profit entities, all of that would change.

“Some claim you can still have all this in a privatized system, while at the same time arguing you’ll pay less for liquor. That argument is purely an ideological one and isn’t driven by the data,” said Creech.

He pointed out that even as Wood criticized the commission’s handling of the LB&B contract, she said it didn’t matter what kind of system was used, whether control or licensure, you still have to monitor it closely.

“It’s a lot easier to monitor a control system than it is a privatized one, and that’s a fact!” Creech added.

He said the Christian Action League would continue to follow this story. “It’s a moving target,” said Creech, “and we’re learning new details almost day by day. He added that as the debate on privatization continued the League would provide further research on the issue of control versus privatization.