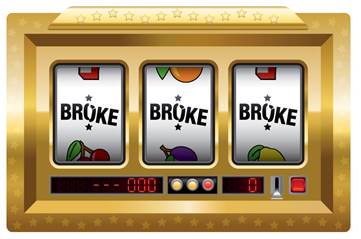 A recent meeting at the NC General Assembly exemplifies what is so problematic about state-sponsored gambling. Inevitably, when governments resort to gambling to raise dollars and balance budgets, they become addicted to the money and face never ending pressure to generate more revenue and devise increasingly aggressive ways to separate citizens from their hard-earned dollars. Most often this happens with little or no regard for the individuals and families who are targeted by the state lottery and who are victimized by gambling addiction and the myriad of societal harms that come with it.

Last week, on January 22, state lawmakers gathered in Raleigh for a meeting of the Joint Program Evaluation Oversight Committee and heard a report entitled, “Options Exist for Increasing Lottery Proceeds for Education.” The report, presented by the Legislature’s Program Evaluation Division (PED), explored “whether the North Carolina State Lottery is providing the maximum benefit to the State by examining its operations, existing revenue-generating strategies, and efforts to reduce costs” (emphasis added).

The report, however, contained a very significant caveat mentioned in one sentence at the beginning of the 30-page report: “The directive [to the PED] did not request that the Program Evaluation Division determine social impacts of the NC Lottery.”

In other words, the PED was directed to look at ways the state could increase revenues from state-sponsored gambling without any consideration of the likely increased harms and social costs. This, despite the fact that decades of research unequivocally proves that increased access to legalized forms of gambling lead to increases in gambling addiction, which is linked to increases in crime, theft, domestic violence, child abuse, divorce, embezzlement, bankruptcy, and even suicide. The PED report also disregards the fact that lottery spending often disproportionately comes from lower socio-economic areas of the state, cannibalizing neighborhoods of precious resources that could be used to sustain local communities.

The PED report found that the state lottery could increase revenues in a variety of ways, such as:

Undoubtedly, expanding the “density” of lottery ticket outlets across the state and introducing Video Lottery Terminals and internet-based “Digital Instants” is very likely to generate higher revenues through greater market saturation and the targeting of specific audiences, but at what cost?

The North Carolina General Assembly has been fighting for over a decade to rid the state of video poker and electronic sweepstakes machines, because lawmakers and law enforcement professionals recognize how harmful these machines and operations are to individuals and communities. Electronic gambling machines are highly addictive and are strategically designed to milk as much money out of players as possible. Video Lottery Terminals are essentially the same devices with lottery-specific software.

“iLottery” or “Digital Instants” are internet-based interactive games played on computers and mobile devices, which mimic popular smartphone apps like “Candy Crush” and “Farm Heroes” as well as more traditional blackjack and poker. A quick visit to the Michigan Instant Online Games website illustrates how mindlessly and rapidly a participant can play game after game, racking up debt as quickly as they can press the “Play” button. According to the PED report, these internet-based games are specifically targeted to “boost sales among younger generations of players,” which is especially concerning, because the younger an individual starts to gamble the more likely they are to develop a gambling addiction. See NC Family’s recent report about this proposal being considered by the State Lottery Commission.

To be truly responsible and honest in determining “whether the North Carolina State Lottery is providing the maximum benefit to the State, the General Assembly and the State Lottery Commission must give due consideration to the harmful impact gambling has on our state, our citizens and our families. In seeking the best for our state and its citizens, these policymakers must weigh the costs of these inevitable harms against the perceived “benefits” to the state before considering any expansion of state-sponsored gambling in North Carolina.

This article was posted by permission. John Rustin is president of the North Carolina Family Policy Council. You can visit their website at www.ncfamily.org