Please Contact Your Representative in the NC House
By L.A. Williams
Christian Action League
May 24, 2017 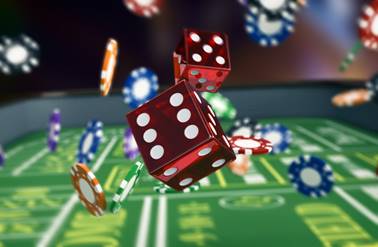 RALEIGH – Promoters of a bill that would allow nonprofits to host casino-style game nights claim it would bring clarity to state law. But leaders of the Christian Action League and other defenders of family values say conflict and calamity are more likely results.

“It is indisputable that the expansion of gambling allowed by HB 511 would invite a myriad of problems on the families and citizens of North Carolina,” wrote John L. Rustin, president of the NC Family Policy Council, in an email to members of the state House, who could entertain the measure early next week.

The bill was approved by the House Finance Committee on Tuesday, despite warnings from CAL Executive Director Mark Creech, who called the proposed law “gambling on training wheels.”

Supported by the N.C. Restaurant and Lodging Association, the bill would allow restaurants and bars to host fundraisers featuring games of chance and alcohol twice a month. Nonprofits could hold four per year. And even individuals could conduct casino-style game nights in their homes, a direct violation of current gambling statutes, Rustin pointed out.

He also opposed the state’s rolling out the red carpet to “game night vendors,” for-profit companies that supply gambling tables, roulette wheels and other gambling equipment and provide trained staff to deal cards and operate craps tables and roulette wheels.

“These vendors are currently breaking the law by possessing and/or operating gambling equipment in North Carolina in violation of state gambling statutes, but law enforcement officers in some jurisdictions are not properly enforcing our state’s gambling laws and prosecuting these criminal activities,” Rustin wrote. He said HB 511 would either legalize the operation of these companies or create an irreconcilable conflict in state law.

During the committee hearing, Rustin further pointed out that it is these vendors and not nonprofits who stand to benefit from gambling since charities typically net less than 10 percent of casino-night revenues.

Creech echoed his concerns, adding that gambling, in any form, is “morally flawed because the practice is predicated on the losses and pain of others.”

“It capitalizes on the lowest part of human nature – our greed and a spirit of covetousness,” the Rev. Creech said. “Moreover, whenever we add alcohol to the mix we are only greasing the wheels for an exacerbation of these negative behaviors.”

Creech reminded House members that similar legislation had been put forward frequently since 2001, but he said prior lawmakers had seen the wisdom in rejecting it.

“This bill is not innocuous or less dangerous because it comes as an angel of light with the promise of helping nonprofits,” he warned. “It is instead a fallen angel with all the same intrinsic minions of commercial gambling.”