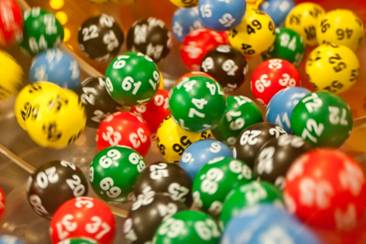 RALIEIGH – According to a new report, North Carolina could garner more money for education by increasing its number of lottery outlets and making the games more appealing to younger players. The report, provided by legislative staff to a group of Tar Heel lawmakers, lays out a number of ways to increase lottery revenue, each fraught with controversy.

“Today we are telling our children that they can drink, gamble, and toke their way to prosperity. What were once rightly understood as vices are now used or touted as a means for funding government programs,” said the Rev. Mark Creech, executive director of the Christian Action League. “We are setting our youngsters up for moral rot and ruination.”

“Most everyone has heard of the California parents who were recently arrested for shackling their 13 children to their beds for months. Does our state actually believe that we are any better than those derelict, abusive, and criminal parents when we partner with pernicious practices that can shackle our children for life?” he asked.

Approved by lawmakers in 2005, the lottery has increased its sales every year for the past decade. Sales for 2016 totaled $2.4 billion, with $634 million in revenues earmarked for public education. While the numbers sound large, the funds are a minuscule 3.4 percent of the more than $9.2 trillion the schools require.

And to generate the funds, the Lottery has had to introduce a constant stream of new games, snaring players with increasing larger jackpots and showing little concern for the social ramifications of creating more gamblers.

According to the report presented to the Joint Legislative Program Evaluation Oversight Committee earlier this month, roughly 50 new instant scratch-off games are introduced by the Lottery each year. In 2013, the Lottery started a subscription program offering online sales of Powerball, Mega Millions and Carolina Cash 5. In 2015, Play at the Pump was introduced at about 200 locations, meaning patrons couldn’t fill their tanks without being offered a chance to buy Powerball, Mega Millions or Carolina Cash 5 tickets. In late October of last year the Lottery began offering Keno games at some locations to try to capture younger players, a strategy consistent with recommendations in the report produced by the General Assembly’s Program Evaluation Division.

The PED suggests the idea of authorizing Video Lottery Terminals and offering iLottery games online, actions that would “create more retailers, resulting in more opportunities for purchasing lottery tickets, and could potentially boost sales among younger generations of players.”

VLTs are electronic gaming devices that are similar to slot machines, while iLottery games are interactive instant and draw games played on the Internet and via smartphones.

“These type of games would, without a doubt, reach younger players, including those under age 18,” said Creech. “And heaven forbid, with all the problems North Carolina experienced with video poker, let us not go down that road again.”

The online iLottery would be allowed under current law, whereas the VLTs would require new legislation and an additional gaming system.

Other recommendations in the report included increasing the number of retail outlets that sell lottery tickets and perhaps reducing the sellers’ commission. Retailers now get 7 percent, slightly above the 6.28 percent average compensation rate among the 44 states that have lotteries.

North Carolina’s retailer density of one outlet per 1,455 residents is below the industry standard of 1 per 1,200. The report suggest the state could remedy that by expanding Play at the Pump, adding sales at ABC stores, enlisting retailers on the Cherokee boundary and looking for non-traditional retail locations such as airports. Already the NC Lottery plans to expand its fleet of vending machines to 1,500.

Finally, the report suggests that the Lottery make more efforts to measure the relationship between advertising and ticket sales prior to requesting changes to the advertising budget. Right now the Lottery spends 1 percent on advertising, but has been pushing annually for permission to double that budget.

The PED made clear that its findings dealt with whether the lottery is providing the maximum economic benefit to the state. It was not asked to look at the social impact of the gambling.

“That’s the problem all too often, leaders who support gambling want to talk about revenues but never consider the costs,” Creech said.

Last session, lawmakers passed a bill to authorize tax-exempt organizations to operate Las Vegas-style gaming nights and serve alcoholic beverages as a part of their fundraising event. Fortunately, Gov. Roy Cooper vetoed the legislation. Other gambling measures put forward to expand gambling included the Senate’s budget proposal to double the appropriation for lottery advertising – something the CAL was fortunate to beat back on the House side. Another concern was a bill that would have legalized online Daily Fantasy Sports Gambling.

Fortunately, this legislation died in committee.