You are here: Home / Christian Action League / One More Reason to Ban Kratom 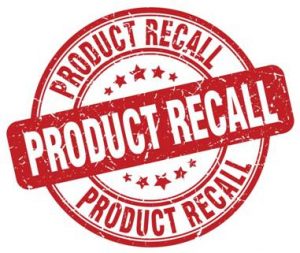 If North Carolina lawmakers were waiting for one more reason to ban kratom, their wait is over. On Monday, the U.S. Food and Drug Administration ordered a nationwide recall for all food products containing powdered kratom manufactured, processed, packed or held by Triangle Pharmanaturals after many of the products were found to contain salmonella.

Moreover the Centers for Disease Control and Prevention is recommending that people not consume any brand or form of the psychoactive, plant-based opioid, which is also known as thang, kakuam, thom, ketum and biak.

“Two years ago, when Tar Heel lawmakers became concerned about the use of kratom, they considered banning it but instead decided to hold off because of unanswered questions about whether it had medicinal value,” said the Rev. Mark Creech, executive director of the Christian Action League. “Since then, the FDA has reported 44 deaths linked to kratom; at least six other states have banned the drug, classifying it as a Schedule I substance; and earlier this year the FDA issued an advisory showing that kratom as an opioid and issuing a warning about its potential for abuse, addiction and serious health consequences, including death.”

“I can’t imagine how any legislator could have any more unanswered questions at this point,” Creech added. “It’s obvious that kratom is compounding the nation’s opioid crisis, and now we find that much of what’s sold in the U.S. contains salmonella.”

The bacterial outbreak began in mid-February and has expanded with some companies that market the herbal drug voluntarily taking their products off the shelf. The FDA, which has had the power to declare mandatory recalls since the passage of the 2011 FDA Food Safety Modernization Act, says this week’s action is the first time it has used that authority after Triangle Pharmanaturals refused its requests to issue a voluntary recall.

The FDA’s recall came after salmonella was found in samples of 26 different products. Already 87 people in 35 states, including four in North Carolina, have become ill from salmonella poisoning linked to kratom. At least 27 wound up in the hospital.

Made from the leaves of a tropical tree native to Southeast Asia, kratom can be smoked, brewed in tea, or taken in a powder form, liquid shots or gel capsules. It’s widely available and often used as a study aid or pain reliever since it produces stimulant effects in low doses and sedative effects in higher doses. It can also cause nausea, itching, sweating, dry mouth, constipation, increased urination, tachycardia, vomiting, drowsiness, loss of appetite, anorexia, weight loss, insomnia, hepatotoxicity and seizures.

“The bottom line is that folks don’t need to look up the specific variety of this drug that they are using to see if it has been recalled because all of it is dangerous, in fact potentially deadly,” Creech said. “The only safe option is to stop using it altogether.”

FDA Commissioner Dr. Scott Gottlieb said earlier this year that kratom should not be used to treat medical conditions nor as an alternative to prescription opioids.

“There is no evidence to indicate that kratom is safe or effective for any medical use. And claiming that kratom is benign because it’s ‘just a plant’ is shortsighted,” said Gottlieb. “After all, heroin is an illegal, dangerous, and highly-addictive substance containing the opioid morphine, derived from the seed pod of the various opium poppy plants.”

Creech continues to urge the state’s lawmakers who earlier expressed concerns about kratom to revive their efforts to ban the substance and protect North Carolina residents.