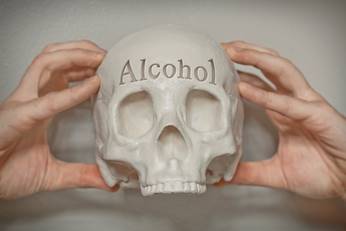 On November 7, the American Society of Clinical Oncology (ASCO) released a statement reporting research that ties alcohol use to several types of cancer and recommended less alcohol consumption. The statement was published in the “Journal of Clinical Oncology” and said in part that “ASCO believes that a proactive stance by the Society to minimize excessive exposure to alcohol has important implications for cancer prevention.”

ASCO’s statement follows a research report released earlier this year by the American Institute for Cancer Research and the World Cancer Research Fund that found strong evidence that alcohol use increases the risk of developing breast cancer.

It is significant that a prominent oncology organization sees enough concerning data in the research to now issue a warning.  The statement says, “Despite the evidence of a strong link between alcohol drinking and certain cancers, ASCO has not previously addressed the topic of alcohol and cancer. In addition, alcohol drinking is a potentially modifiable risk factor that can be targeted with preventive interventions at both the policy and the individual levels.”

According to the ASCO statement, research shows that “Alcohol drinking is an established risk factor for several malignancies,” including “…cancers of the oral cavity, pharynx, larynx, esophagus, breast, and colorectum (in men). Also, alcohol was judged to be a probable cause of increased risk of liver cancer and colorectal cancer (in women).” Research shows that “Even modest use of alcohol may increase cancer risk, but the greatest risks are observed with heavy, long-term use.”

The statement also calls for strategies to reduce alcohol consumption, including educating physicians and the general public about the risks.

Interestingly, the statement promotes strategies for mitigating alcohol use, or as the statement reads, “minimize excessive exposure to alcohol,” that are in line with the advocacy of the Christian Action League, such as:

“Regulate alcohol outlet density: …Using regulatory authority to reduce the number of alcohol outlets in a given area (ie, density) has proven to be an effective strategy for reducing excessive alcohol consumption. This is frequently executed through outlet licensing or zoning processes.”

“Increase alcohol taxes and price: …Increasing taxes, and therefore the overall price of alcohol, has been shown to inversely effect levels of excessive consumption and related health harms. Other regulations that may directly or indirectly affect the price of alcoholic beverages, including regulations on wholesale distribution and bans on price-related promotions, may have some impact on excessive consumption, though more research is needed.”

“Maintain limits on days and hours of sale: Limiting the days or hours during which alcoholic beverages can be sold can be applied to both outlets where the alcohol is consumed on premises and retail outlets where the alcohol is consumed off premises. These policies, made at the state and local levels, are intended to prevent excessive consumption by reducing access to the alcohol. Evidence from several studies has demonstrated the positive impact that reducing the number of days or hours that alcoholic beverages are sold generally result in a decrease in related harms.”

“Restrict youth exposure to advertising of alcoholic beverages: Early onset of drinking has been associated with an increased likelihood of developing dependence on alcohol later in life, and studies have demonstrated that youth exposed to more advertisements also show increases in drinking levels.”

ASCO also calls for an end to “pinkwashing” by the alcohol industry. “Pinkwashing” is the marketing of products with the use of “pink” to support breast cancer awareness. The statement advises that in light of the links to alcohol use and breast cancer, “alcoholic beverage companies should be discouraged from using the symbols of the battle against breast cancer to market their products.”

The entire statement is available at http://ascopubs.org/doi/abs/10.1200/JCO.2017.76.1155  The report goes into great detail about the research and has documentation for all data. You can request permission to copy the entire report at the “Journal of Clinical Oncology” website under “Rights and Permission.”