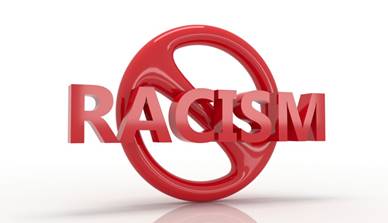 GREENSBORO – North Carolina Baptists affirmed their Biblical stance on two hot-button issues this week, denouncing racism as “sin against a holy and just God” and reiterating the Creator’s design of mankind in which gender is determined by biological sex and marriage made for one man and one woman.

Resolutions on these issues were approved during the 187th annual meeting of the Baptist State Convention of North Carolina, held Monday and Tuesday at the Koury Convention Center in Greensboro.

“We cannot emphasize enough our intention to denounce racism in every form, racism as expressed against every ethnic group,” said Jonathan Blaylock, pastor of West Canton Baptist Church, who represented the convention’s Committee on Resolutions and Memorials. “While the secular media tends to focus primarily on racial injustice against African-Americans, the committee believes it is vitally important to declare the injustice toward Latinos, Asians, Native Americans, Israelis and every other ethnic group as a contradiction to the teachings of Scripture.”

Although the push against racism had obvious support throughout the auditorium, concerns were raised about a portion of the wording that endorsed the Southern Baptist Convention’s resolution approved in Phoenix, Arizona, in June. That resolution was titled “On the Anti-Gospel of Alt-Right White Supremacy” and included verbiage urging Christians to discontinue using the Confederate battle flag.

Phil Addison, pastor of Friendship Baptist in Bunnlevel and a member of the Board of the Christian Action League, proposed an amendment to the resolution that affirmed the “sentiments” expressed by it but did not accept its exact wording.

Addison’s edit omitted just two words, “and content,” winning approval with just over 52 percent of the vote, after which the Resolution Denouncing Racism was approved with almost unanimous support.

“One of the most beautiful parts of the anti-racism resolution was the portion calling on North Carolina Baptists to ‘humble themselves before God, acknowledging that while the preservation of history is critically important for a nation, the demonstration of Christ’s love and the proclamation of the Gospel to all peoples must take precedence over the important personal preferences of individual Christians,’” said the Rev. Mark Creech, executive director of the Christian Action League. “Of course Christians should not be racist. This went a step further, reminding all of us to ‘joyfully set aside anything that might create a barrier for the sharing and hearing of the full truth of the Gospel of Jesus Christ.’”

The Resolution on a Biblical Stance on Human Sexuality and Marriage exhorted Christians to “proclaim with conviction the biblical truths regarding human sexuality and marriage,” while also praying for those who identify themselves as homosexual or transgender and “to minister to them with Christ’s love, and, as they repent, to help them grow as disciples of Jesus Christ.”

“Individuals that struggle with issues of sexuality are in need of the gospel of Jesus Christ and the grace that is found in its life-changing message” Blaylock said.