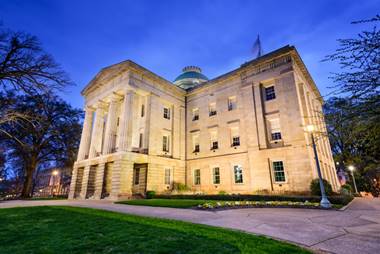 RALEIGH, N.C. (BP) — North Carolina legislators have repealed a controversial law that required individuals in state buildings to use restrooms corresponding to the gender indicated on their birth certificates.

The repeal of House Bill 2 today (March 30) marked a compromise between Democrats and Republicans and culminated more than a year of contentious debate since the bill’s passage in April 2016.

North Carolina’s senate passed the repeal 32-16 following brief discussion. The house’s 70-48 vote to repeal HB 2 followed more than two hours of debate and came some 90 minutes after a noon deadline set by the NCAA for the Tar Heel State to overturn its restroom bill or lose the opportunity to host championship events in 2018-22.

The NCAA previously pulled seven championship events that were set to occur in North Carolina during the 2016-17 academic year, including first- and second-round games in the Division I men’s basketball tournament. Read the rest of this entry