You are here: Home / Christian Action League / More Legal Wrangling Post HB 2, Transgenders Want to Knock Down the Law that Replaced It 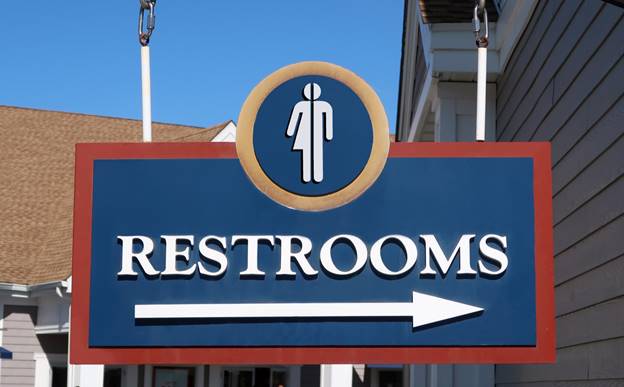 As if there had not been enough legal wrangling over Charlotte’s 2016 ordinance allowing transgender people to use the bathroom of their choice and N.C. House Bill 2, which said restrooms and showers should remain gender specific, a federal judge is now trying to decide if House Bill 142, designed to return the state to its pre-bathroom-battle status, is harming anyone.

U.S. District Judge Thomas Schroeder heard arguments in a challenge against the law last week in Winston-Salem, and repeatedly asked for clarification from the plaintiffs.

“How does HB142 restrict plaintiffs’ access to the restroom of their choice?” he asked, later adding, “I’m a little bit at a loss as to how returning plaintiffs to the state they were in before constitutes an injury.”

“HB 142 simply returned the state to the status quo,” he said. “The transgender community is claiming fear nearly two and a half years after HB 2.”

Originally filed as Carcaño v. McCrory and now known as Carcaño v. Cooper and Berger, the case involves an employee of the University of North Carolina at Chapel Hill and was initially a challenge to HB2. But after lawmakers repealed HB2 in the face of boycotts from businesses, the suit was amended to target HB142. A replacement “compromise” bill, that law did away with the requirement that people use restrooms corresponding to their sex at birth while barring local governments from enacting new nondiscrimination ordinances for workplaces, hotels and restaurants until December 2020.

In the case, Joaquin Carcaño claims he can’t get clarity from his workplace as to whether he can use the bathroom of his choice.

But Stephen Schwartz, a lawyer for the Republican leaders of the House and Senate, said uncertainty over restroom access doesn’t give the plaintiffs legal standing.

“Uncertainty, by itself, has never been grounds for jurisdiction,” he said, telling the judge that the case has been “a lawsuit looking for a reason to exist,” and asking that it be dismissed.

Attorneys for UNC argued the university should be dropped from the case because they didn’t pass the law and can’t enforce it.

The bottom line, Creech said, is that plaintiffs in the case are claiming that HB 142 eliminates LGBTQ protections that were never part of state law to begin with.

“No such protections ever existed in state law, and the ordinance that Charlotte passed was clearly an unconstitutional overreach by the city. They had no legal authority to do what they did,” Creech said. “I’ll tell you who really has the right to be afraid. The general public has the right to be afraid – afraid that men can still enter women’s restrooms, showers and locker rooms.”

“Now, except for the smallest of penalties for trespassing, indecent exposure and peeping, without HB 2, there is no longer any explicit statewide policy about bathrooms,” he added. “Everything is the way it was before the LGBTQ activist groups, celebrities, large corporations, out-of-state leaders, the NCAA, etc., threatened our state with extortion over common-sense legislation.”

Judge Schroeder did not say when he would announce a ruling in the case.

Creech said the ongoing controversy is a perfect example of the problems caused by sexual orientation and gender identity (SOGI) laws like the Charlotte ordinance.

“Such laws create serious problems for free markets and contracts, free speech and religious liberty,” he said. “They threaten citizens with penalties and liabilities for alleged discrimination based on purely subjective identities, and not objective, verifiable, and demonstrative traits.

“The fact that we are even having a debate on something so fundamental to human life is a clear sign of our destruction. This, and only this, is the reason anyone has the right to be afraid.”