By Kade Hawkins
prophecynewswatch.com
May 3, 2017 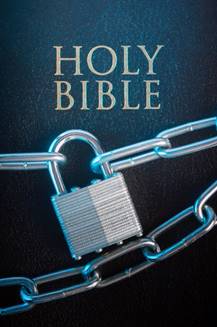 It should come as no surprise that Christians will encounter opposition to their Biblical beliefs in the workplace. What might surprise them is that expressing those beliefs both at work and at home (such as social media) could cost them their job.

A victim of a workplace firing who lost his case was Urologist Dr. Paul Church who was fired from Beth Israel Deaconess Medical Center in Boston in 2015 and was also denied a chance to appeal his case. Church’s offense was warning of the health risks of homosexual behavior and questioning the judgment of a hospital promoting such unhealthy behavior.

In a similar manner, Chris Routson, who spent 13 years with Precision Strip metal processing in Middletown, Ohio was terminated without severance due to his lesbian co-workers complaining they were uncomfortable with how he indiscriminately shared his faith – both at work and at home via Facebook. Routson pointed out that he was already friends with the co-worker on Facebook and not trying to force anything on her (you can block and unfriend people on Facebook, including reporting them if you feel people are harassing you).

Ironically the Facebook link he shared was to the faith-based film “Audacity” by Ray Comfort to help show that can Christians love homosexual individuals despite not agreeing with their life choices.

Routson has these words of advice for Christians in similar situations:

“If you are put in a situation where you are going to be fired or you are going to be persecuted for your faith, never give in to the fear of man; always fear the Lord. No matter what happens, trust the outcome to God rather than trying to think about how we can stop it from happening.”

Neither of these stories is an isolated incident, but rather symptomatic of the way homosexual activists are aggressively targeting anyone who even remotely disagrees with their agenda, which previously was about recognition – now it is about promoting and celebrating their way of life or else.

Former NFL football player Craig James discovered this when he found himself fired after a week from Fox Sports Southwest, where he worked as a commentator.

What is amazing about James case was that he was not fired for anything he said or did on the job. He was fired for expressing his opposition to homosexual marriage during his Senate run two years prior. Fox fired James, claiming that his statements would not “play in our human resources department”, and that “he couldn’t say those things here”.
If you have ever said anything in your past that the left views as discriminatory to homosexuals you can expect to hear about it.

Or you could just give money to support a cause that is not in support of Homosexuality such as Brendan Eich did when he contributed $1,000 to Proposition 8 in California. Proposition 8 was a ballot initiative to write into California law that marriage is exclusively between a man and a woman.

Brendan Eich was one of the co-founders of Mozilla, which is well known for the popular Firefox browser. Eich had been with the company since its founding but this didn’t stop the board from forcing him out of his position as CEO due to this discovery…a “crime” he committed six years prior in 2008 as a private citizen. Ironically, President Obama was also stating his support for marriage defined the same way at that point in time.

Nowhere in the outcry against Eich was it ever stated that he tried to proselytize others into believing as he did. He was not accused of any discriminatory practices against homosexuals. In fact, Mozilla has a “same-sex partners” provision written into their insurance policies, and Eich even stated that he would enforce these provisions, even though he didn’t believe in them.

This however was not enough to satisfy those on their politically correct witch hunt and Mitchell Baker, the chairman of the board, stated after the dismissal that people had a right to be angry at Eich’s appointment as CEO.

Anyone who opposes the LGBT agenda will find themselves not only branded as homophobic but standing opposed to business interests. Those business interests have corporate America leading the charge to do everything possible to promote the Gay lifestyle, even creating silly rainbow colored Dorito chips.

Christians however will find themselves on the front lines and will have no choice but to hide their faith in the workplace and water down their beliefs so they don’t offend or join the growing ranks of their fellow brethren who have stood for truth and suffered for it.

This article was posted with permission from the author. It first appeared on prophecynewswatch.com in 2015. And has been slightly revised for relevance.