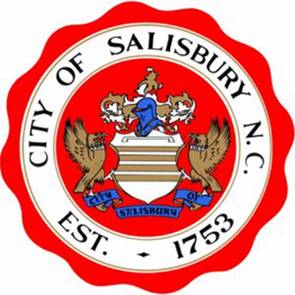 SALISBURY – In its quest to avoid offending someone, the Salisbury City Council has robbed its very members of a constitutional right by ditching the invocation at the beginning of its meetings in favor of a moment of silence.

“The people of Salisbury should protest this action,” said the Rev. Mark Creech, executive director of the Christian Action League. While he said a moment of silence may be appropriate for honoring the dead, God is not among them.

“God is not dead. He lives and we desperately need Him in all of our deliberations, especially government,” Creech said.

According to the Salisbury Post, Mayor Al Heggins, Mayor Pro Tem David Post and council member Tamara Sheffield voted Jan. 2 to nix the prayers, which had recently been given by council member Brian Miller, although the privilege had, in the past, been rotated among the city’s elected officials, who were invited to choose a prayer appropriate to their faith.

But that freedom to pray according to their conscience wasn’t inclusive enough for Heggins, who said the prayers had to give way to a moment of silence to make the meetings a “welcoming space.”

“We shouldn’t make an idol of inclusiveness,” Creech said. “Inclusiveness shouldn’t be the ultimate objective. The objective should be finding the favor of God.”

Similarly Miller, who joined council member Karen Alexander in voting to keep the pre-meeting prayers, said he has used his prayers to ask for “favor, blessing and wisdom.”

“Regardless of what faith you have, or if you don’t have faith at all, those are things we can all use and benefit from,” Miller said at the council’s first meeting of the new year, adding that he believed faith to be a “foundational part” of each person.

However, Heggins insisted that stopping the prayers, which because of the board’s composition — four Christians and a Jew — would wind up mostly Christian even if a rotation was used, was the only way to avoid offending those in Salisbury who practice other faiths or no faith at all.

“America is tolerant of all religions; nevertheless, it is the God of the Judeo-Christian ethic that our nation has always acknowledged, not a generic God and not many gods,” he said. “Our Constitution protects public prayer, and even the most recent interpretation by the U.S. Supreme Court affirms in Town of Greece v. Galloway that Salisbury’s citizens are free to deliver uncensored prayers at public meetings.”

The issue is not new to Salisbury, nor confined to the city limits, as the

Rowan County Board of Commissioners voted last September to appeal its lawsuit over prayer at public meetings to the Supreme Court. The American Civil Liberties Union sued the county commission over the issue in 2013.

Furthermore, late last year the Charlotte City Council stopped opening its meetings with prayer following then-Mayor Jennifer Roberts’ announcement of a new no-prayer policy, a change that had resulted from confusion over advice from City Attorney Bob Hagemann. After Hagemann clarified his position that the council’s invocations were not in violation of the Constitution, they were reinstated. According to the Charlotte Observer, the Queen City’s new mayor, Vi Lyles, said during her campaign that she wanted to keep prayer at the meetings, and an invocation was listed on the council’s Jan. 8 agenda.

Prior to taking the city’s top post, Lyles shared her position on social media:

“The issue of prayer to open the City Council meetings can be both respectful of the diversity of our beliefs in how we practice our religions – Christian, Muslim, Jewish, Hindi and others – as well as for those who do not practice or believe in religion by following the tenets of the constitution and guidance from the Courts,” Lyles wrote. “Prayer is allowed and opening our meeting with prayer can be an expression of our democracy – so I believe the City Council should continue to allow for the expression of prayer based on the guidance of the law.”