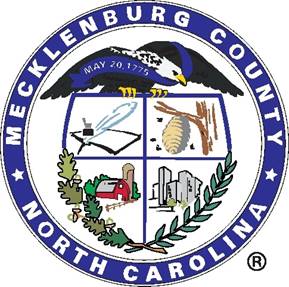 Mecklenburg County Commissioners voted unanimously to pass a brunch ordinance Tuesday evening. The ordinance affects the unincorporated areas of the county, which Commissioner Matthew Ridenhour told the Charlotte Observer is a large area.

Last month the North Carolina General Assembly passed the Brunch Bill and Gov. Roy Cooper signed the measure into law on June 30th. The new law allows for alcohol sales to begin earlier on Sundays, rolling back the time from 12:00 noon to 10:00 a.m. But local governing authorities have to first opt-into the expansion of alcohol sales by passing a local ordinance authorizing it.

The Charlotte Observer also reported that after the vote was taken commissioners joked about the matter saying, “See you all for Bloody Marys on Sunday.”

Dr. Mark Creech, executive director of the Christian Action League, didn’t think the proposed ordinance was a joking matter. Unable to attend the meeting, Creech sent each commissioner prior to their meeting the following – excuse the pun – sobering email:

The Christian Action League is a Christian Public-Policy organization with a full-time presence in the North Carolina General Assembly. Hundreds of churches support our organization directly as a part of their annual church budgets, while thousands of others in the state make up our network.

Although the League addresses numerous public-policy initiatives from a Christian worldview, alcohol policy is a signature issue for the League.

As you may already know, the CAL was the primary opponent of what the media dubbed as the “Brunch Bill.” It has come to our attention via the Press that Mecklenburg County Commissioners will take up a proposed ordinance this evening authorized by this new law which recently passed the state legislature and was signed by Gov. Roy Cooper.

Allow me a moment of your time to share some serious negatives about any proposed ordinance to roll back the time for alcohol sales on Sundays from 12:00 noon to 10:00 a.m.

It is not simply the railings of a right-wing religious organization to argue that if and when cities, towns, and counties adopt ordinances to allow for earlier alcohol sales on Sundays, there will inevitably be an exacerbation of alcohol-related problems.

This is the science of the matter. Studies have long revealed that maintaining existing limits on the days that alcoholic beverages are sold is a critical means for the prevention of excessive alcohol consumption and related harms. The science is quite conclusive that the target days for limiting these sales are best weekend days, usually Sundays.

It is not uncommon for drinkers, especially those with alcohol issues, to drink through the entire weekend. Having a limit on when alcohol is available creates a needed pause for them to recover. Without this break, dangerous consumption levels are shown to rise, and consequentially so do a host of alcohol-related troubles.

Let’s not forget that alcohol-related evils are more than just traffic accidents and fatalities. The list of harms is exceedingly long. Alcohol is implicated in a wide variety of diseases, disorders, injuries, as well as many social and legal problems. Moreover, it’s not simply people who are alcohol dependent who suffer, but people who are non-dependent suffer also. In fact, we all pay the social costs from alcohol use and abuse – something that amounts to approximately $7 billion annually for the state of North Carolina.

Lastly, let me share with you what the Christian Action League has argued regarding the Sunday aspect of the “Brunch Bill” and any ordinances approved and authorized by it.

The most pervasive reason for this new law and the ordinances that follow it is the pursuit of profit. Granted, there is no evil in money itself. There is no wrong in prosperity. Nevertheless, our culture is about more than bread and wine. We are spirit, mind, and soul. Even more important to our well-being are those things that make for character. We are not simply what we possess.

The reason for the law prohibiting alcohol sales until after the noon hour on Sundays has largely been out of deference and respect for churches that do not end all of their services before noontime. The “Brunch Bill” and proposed “Brunch Ordinances” that follow beg the question: Where is this respect now?

Such a tacit disrespect is also seen in the fact that no special public notice of the ordinance or public hearing is required, giving ample time and opportunity for the religious community to weigh in. Certainly, the alcohol industry, the brewers, distillers, restaurants, and various alcohol outlets will push for the ordinance because of business interests, but most churches will likely be caught unawares.

When one considers that churches spend significantly of their finances and labor intensively to people whose lives have been seriously injured by alcohol abuse, when one considers the indispensable services to healing, helping, remolding, and rebuilding much of what’s been lost to alcohol abuse, the disrespect demonstrated by allowing for more drinking during the churches’ primary meeting time is palpable.

This change is indicative of a general disregard for those things that are of greater value in life, the pursuit of character and nobility in exchange for the pursuit of profit and pleasure.

Granted, it is not the place of government to legislate church attendance, but there was a time when the government was more respectful and supportive of religion’s efforts to produce the kind of morality necessary for a just culture and a free people.

To contend that the “Brunch Bill” or now “Brunch Ordinances” does nothing that negatively impacts religion’s influence is to fail to understand religion or culture. More specifically, it fails to recognize that alcohol is not an ordinary commodity. It is inherently problematic and loosening regulatory and control laws will only work to increase America’s number one drug problem.

The Christian Action League urges you not to approve any ordinance that would roll back the time for alcohol sales on Sundays from 12:00 noon to 10:00 a.m. At the least, we encourage you to delay any decision on the ordinance until calling for a public hearing on the matter.

Thank you for your consideration.

Citizen Christians who would object to proposed brunch ordinances in their own communities are welcome to draw from this email in developing talking points of their own.