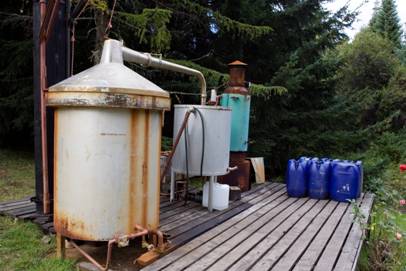 ELIZABETHTOWN, N.C. – This week, WECT News reported a Columbus County man, Jeremy Clark Powell, of Whiteville, was arrested after undercover officers caught him selling illegal alcohol in a Walmart parking lot in Elizabethtown. Authorities say the man also had a liquor still that he was running from his backyard.

Bladen County Sheriff James A. Vicker told WECT the arrest was made after his department partnered with the state’s Alcohol Law Enforcement (ALE) to investigate the traffic of illegal alcohol in Elizabethtown.

Israel Morrow, Assistant Special Agent in Charge of the ALE, said, “A lot of people don’t think it’s as prevalent today as it used to be, but it is. We’re seeing a spike of violence at these types of locations where we are finding non-tax-paid liquor.”

A common argument used through the years by those who favor the approval of alcohol referendums in North Carolina is that it will stop bootlegging. The Christian Action League has argued this isn’t true. The evidence vindicates the League’s long-standing position that the legalization of vice never halts its black market, it only makes the vice more accessible. Illegal manufacturing and sales will continue.

This principle is also applicable to claims that the legalization of recreational marijuana will put an end to the Mexican cartels and drug trafficking. Neither has this assertion been proven to be true in states where marijuana is now legal.

NBC News reported in May that “Federal officials allege that legal recreational marijuana in states like California, Colorado, and Washington, where enforcement of growing regulations is hit or miss, have been providing cover for transitional criminal organizations willing to invest big money to buy or rent property to achieve even bigger returns. Chinese, Cuban and Mexican drug rings have purchased or rented hundreds of homes and use human trafficking to bring experienced growers to the United States to tend them, federal and local officials say.”

Mike Hartman, executive director of the Colorado Department of Revenue, told NBC News that authorities have increasingly seen what is called “home grow” operations since the legalization of pot in Colorado. “The suspects are targeting states that have already legalized marijuana ‘in an attempt to shroud their operations in our legal environment here and then take the marijuana outside of the state,’” he told NBC News.

Sheriff Bill Elder of El Paso County in Colorado added that Cuban and Mexican-led cartels have “found it easier to grow and process marijuana in Colorado, ship it through the United States than it is to bring it from Mexico or Cuba.” These operations are massive, and authorities believe the seizures they’ve made “only scratch the surface,” reported NBC News.

Bill Bennet, former drug czar to President George H.W. Bush, along with co-author Robert A. White, in Going to Pot: Why the Rush to Legalize Marijuana is Harming America; argue that contrary to common thought legalization does not eliminate black markets. 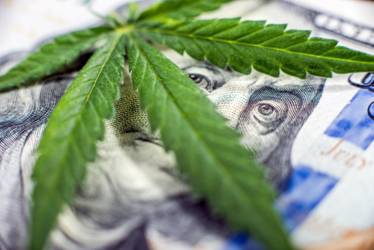 Bennet and White also note that recreational marijuana is subject to a tax of 27.9 percent in Colorado. But the tax itself is a strong incentive for marijuana purchasers to get it from the black market.

Kevin A. Sabet, a drug policy advisor to three Presidents, Clinton, George W. Bush, and Obama, argues in his book, Reefer Sanity that, if marijuana is legalized, the financial incentive to avoid paying the marijuana taxes would be so great, the black market would likely equal or possibly dwarf the underground economy.

“Both alcohol and cigarettes already kill ten times the number of people than all the illegal drugs combined. Vice is progressive and driven by big money. Regardless of what proponents of legalization tell you it isn’t harmless. Once we turn it loose and it’s commercialized, thousands upon thousands of more people will be seriously and permanently injured, while thousands of others will die,” said Dr. Mark Creech, executive director of the Christian Action League. “Legalizing won’t end the bootlegging of it. It will only make it more accessible, alongside a criminal element.”

Creech added that he thought pastors and key lay leaders needed to take up this subject with their congregants, as well as get engaged politically on the subject. “I remind my pastor friends, efforts to reach people for Christ are significantly diminished when they are inebriated or under the influence, whether in a lesser or greater degree.”