You are here: Home / Christian Action League / Kavanaugh’s Confirmation: A Call to Prayer 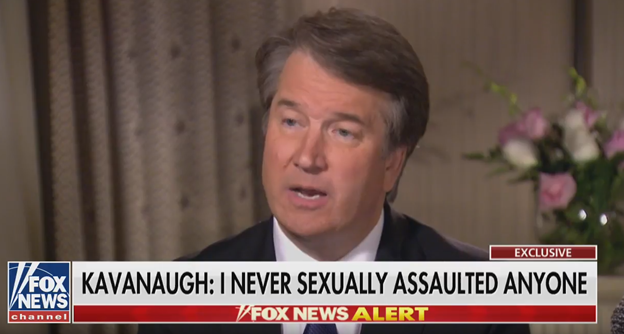 Despite what Sen. Mitch McConnell says, as well as other Republican leaders, there is no assurance on which way, up or down, Senate Judiciary Committee members will vote on Judge Kavanaugh’s nomination to the U.S. Supreme Court.

In my estimation, the saddest thing about this situation is that the vote is likely to be determined by the subjective opinions of committee members to the credibility of Dr. Christine Blasey Ford and Judge Brett Kavanaugh. The Democratic Party, the primary opposition to Kavanaugh, has already succeeded in making this the standard.

Exacerbating the problem are two other women accusers (Deborah Ramirez, Julie Swetnik) who have also recently piled on. Their accusations are no more substantial than Dr. Ford’s, nonetheless, politically devastating.

Therefore, in one sense, Kavanaugh has already suffered a terrible personal loss. The process employed places Kavanaugh, Trump’s nominee (a nominee, despite his impeccable qualifications, all 10 Democrats on the Judiciary Committee had already promised to vote against), at a disadvantage, whether he takes a seat on the High Court or goes back to the D.C. Court. Like Justice Clarence Thomas on the U.S. Supreme Court whose nomination suffered a similar fate in 1991, Kavanaugh’s reputation will likely suffer irreparable damage.

Moreover, if Kavanaugh is not approved, the American people will have suffered a profound loss, because this circumstance will give credence to a process that allows supplanting an allegation for evidence and the burden of proof. This not only threatens the way future nominees might be judged worthy or unworthy but could corrupt our system of justice.

At this point, none of us could know which way the vote will go in committee or on the Senate floor. But, I hope Republicans will do the right thing and confirm Kavanaugh. It’s the only way any semblance of justice might be preserved.

Not even an FBI probe into Dr. Ford’s claims or that of the other accusers could determine, without something as powerful as DNA evidence, the reliability of the accusations. Its simply he said, she said, and that is no standard by which to determine a man or woman’s fate.

Even the question as to why any woman would come forward at risk to her own life and reputation, are irrelevant to any decision made by Senate members, without evidence clearly substantiating the woman’s claims.

Some of my Christian friends have said Deuteronomy 19:15 could provide a good guideline when such accusations are made. That text reads, “One witness is not enough to convict anyone accused of any crime or offense they may have committed. A matter must be established by the testimony of two or three witnesses.” Even so, I don’t know how much that text would apply when the accusation is regarding something that allegedly occurred nearly four decades ago, and no witnesses came forward until there was the possibility of some political gain being leveraged in doing so.

This matter is already a travesty of monumental proportions – one that does not fare well for any gender, race, or class.

Tomorrow, the Senate Judiciary is scheduled to hear testimony from both Dr. Ford and Judge Kavanaugh. Democrats will play softball with Dr. Ford and Republicans will go easy on her because of the negative political optics for them. The only challenging questions for Dr. Ford might come from Rachel Mitchell, the decorated sex crimes prosecutor that the Republicans have hired to question Dr. Ford.  Kavanaugh, on the other hand, will be grilled hard – very hard.

The proceedings and its results, no doubt, could have a long-lasting negative impact on our country for many years to come.

The following admonition from the apostle Paul has never been more pertinent for Christians in America:

“I urge that entreaties and prayers, petitions and thanksgivings, be made on behalf of all men, for kings and all who are in authority, so that we may lead a tranquil and quiet life in all godliness and dignity” (I Timothy 2:1, 2). 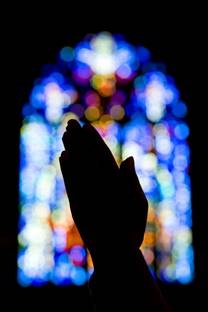 The Christian Action League calls upon its supporters, as well as Christian brethren of like-mind everywhere, to earnestly pray about Judge Kavanaugh’s confirmation.

Pray during your individual quiet time with God.

Pray with your family.

Churches with mid-week services or prayer meetings should take it up in prayer.

Much can also happen after the proceedings in the Senate Judiciary Committee on Thursday and before the vote is taken by the full Senate on Kavanaugh’s confirmation. The vote on the Senate floor is expected sometime next week. So make it a matter of prayer in your Sunday School classes, your Bible study groups, and any planned missions organization meetings.

Pause to pray about it during worship services on Sunday, morning and evening.

As we pray, we should remember these passages from Scripture that declare God’s sovereignty over the nations:

“O Lord, God of our fathers, are you not God in heaven? You rule over all the kingdoms of the nations. In your hand are power and might, so that none is able to withstand you.” (2 Chronicles 20:6)

“He [God] changes times and seasons; he removes kings and sets up kings; he gives wisdom to the wise and knowledge to those who have understanding” (Daniel 2:21).

“Who has spoken and it came to pass, unless the Lord has commanded it” (Lamentations 3:37).

“The king’s heart is a stream of water in the hand of the Lord; he turns it wherever he will.” (Proverbs 2:21).

The Lord has established his throne in the heavens, and his kingdom rules over all” (Psalm 103:19)