You are here: Home / Christian Action League / Is the Pope Right About the Death Penalty? 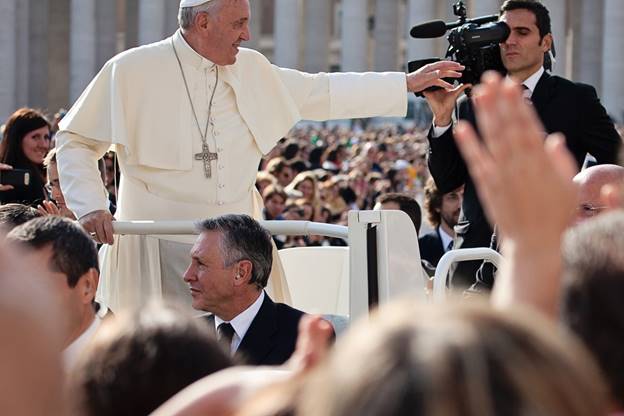 The Vatican announced on Thursday that Pope Francis had approved formal alterations to Catholic teaching that clarify the death penalty is unacceptable.

The section of the Catholic Catechism which deals with capital punishment will now read:

“Recourse to the death penalty on the part of legitimate authority, following a fair trial, was long considered an appropriate response to the gravity of certain crimes and an acceptable, albeit extreme, means of safeguarding the common good. Today, however, there is an increasing awareness that the dignity of the person is not lost even after the commission of very serious penal sanctions imposed by the state. Lastly, more effective systems of detention have been developed, which ensure the due protection of citizens but, at the same time, do not definitively deprive the guilty of the possibility of redemption.”

Updating the catechism is rare, and the alteration is meant to advocate for the abolition of capital punishment. Church authorities contend the new position should be seen as one in which the church has evolved.

Although Popes John Paul II, Benedict XIV, and Francis spoke in opposition to the death penalty, the Catholic Church has had a tradition of supporting it. In fact, Popes, Saints, Doctors, Fathers, Church leadership, biblical scholars and theologians of the church have zealously defended it.

Perhaps the late Father John A. Hardin of the Society of Jesus, who is considered one of the most prominent Catholic theologians of the 20th Century, summed the matter up best when he wrote:

“There are certain moral norms that have always and everywhere been held by the successors of the Apostles in communion with the Bishop of Rome. Although never formally defined, they are irreversibly binding on the followers of Christ until the end of the world.

“Such moral truths are the grave sinfulness of contraception and direct abortion. Such, too, is the Catholic doctrine which defends the imposition of the death penalty.”

But now, of course, such wisdom of the ages is outdated. Times have changed, and the church must change with them, is essentially the argument. The modern conclusion is that “more effective systems of detention have been developed” that can sufficiently protect citizens from murderers. Moreover, the guilty must never be deprived the possibility of redemption.

With the deepest respect for Pope Francis and my Catholic friends, the change is too much! It is unfaithful to the Word of God, which authorizes the state’s use of capital punishment in the Old Testament, more specifically, in Genesis 9:6 – a commandment from God meant to transcend every era. The change violates the New Testament teaching in Romans 13:4 and the death penalty’s approval in Acts 25:11.

One might appreciate the new catechism’s statement about “the dignity of the person” not being lost, even when the individual has committed a horrific crime, and the state has handed down its judgment. Nevertheless, as the late Presbyterian theologian, Gordon H. Clark once said of contemporary efforts to abolish the death penalty, they “proceed on a non-Christian view of man, a secular theory of criminal law, and a low estimate of the value of human life.”

“The low evaluation of human life occurs in the liberal penology [the study of the punishment of crime and of prison management] that holds criminal law to be solely for the purpose of rehabilitation,” wrote Clark. “Not only does liberalism think that the murder of a human being is too minor a crime to justify execution; the theory consistently implies that no crime should ever be punished. Justice and punishment are deprecated as ‘irrational vengeance.’ This is the basic difference between Christian and liberal ethics. As such it can be resolved only by a decision on ultimate principles, to wit, whether ethical norms are established by divine decree, and secondarily what obligations God confers on civil government.”

In other words, if the rehabilitation of a murderer becomes the priority of penology, justice will most certainly suffer, life will be devalued. Justice requires retribution for the dignity of and sacredness of the life innocently expunged. Justice requires the scales be balanced. Outside of this priority even long sentences or life sentences in prison could also be deemed a form of vengeance.

Ethical norms are not decided by an assessment of the times, but instead, they are determined by God’s decree. The Pope has no authority to stand in the place of God and declare the death penalty should be abolished. It is a non-Christian view of man to exalt oneself in the place of God and supplant God’s command. God has commanded the death penalty and given the state the responsibility for carrying it out.

Furthermore, it is truly an untenable argument to say capital punishment should not be exercised, lest the guilty person is deprived of the possibility of redemption.

Every person, in every waking moment, has the possibility of redemption in Jesus Christ. Most people never know when the Lord will take them from this life. For this reason, Scripture speaks of the urgency of repentance and faith. “Behold now is the accepted time! Behold, now is the day of salvation!” implores 2 Corinthians 6:2. Jesus admonished, “Put your trust in the light while you have it, so that you may become the sons of light (John 3:36). The vast majority of people step into eternity never knowing the day or the hour.

But as Dr. Gervas A. Carey, a former professor of Bible and past President of George Fox College, has said, “[C]apital punishment provides the murderer with incentive to repentance which the ordinary man does not have, that is a definite date on which he is to meet his God. It is as if God thus providentially granted him a special inducement to repentance out of consideration of the enormity of his crime…the law grants to the condemned an opportunity which he did not grant to his victim, the opportunity to prepare to meet his God. Even divine justice here may be said to be tempered with mercy.” 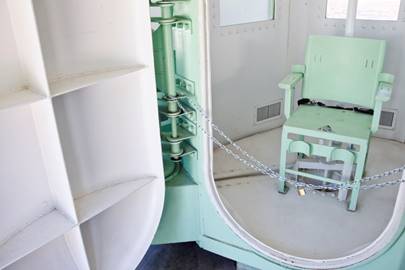 Indeed, and there is no better example of this than the thief on the cross, who with his last breath turned to Christ believing and said, “Jesus, remember me when you come into your kingdom!”  And Jesus replied to him, “Truly I tell you, today you will be with me in paradise” (Luke 23:42-43).

Execution doesn’t deny the condemned the possibility of redemption. This assertion could never be true.