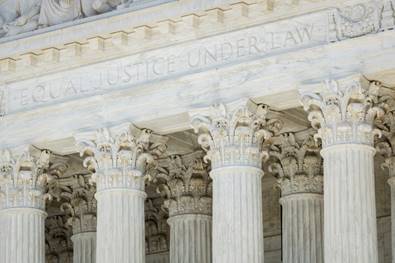 WASHINGTON, D.C. – The U.S. Supreme Court upheld the First Amendment in two separate decisions this week and, in a third ruling, reaffirmed the power of the president to regulate immigration.

“This trio of actions paints an undeniable picture of the importance of who is appointed to the High Court,” said the Rev. Mark Creech, executive director of the Christian Action League. “We are thankful for these rulings that avoid much of the judicial activism that has been so pervasive in our nation’s courts.”

On Monday, SCOTUS released an order tossing out last year’s ruling in Arlene’s Flowers, Inc. v. Washington et al and sending the case back to the state Supreme Court for further consideration. The case began in 2013 when a customer of Arlene’s Flowers asked owner Barronelle Stutzman, a professing evangelical Christian, to design floral arrangements for his same-sex wedding. She declined based on her religious convictions.

The two men sued, and Stutzman was fined more than $1,000 and ordered to pay their legal fees. She appealed to the state Supreme Court in Washington and lost again, after which Alliance Defending Freedom filed an appeal to the U.S. Supreme Court on her behalf.

The fate of the case did not look promising until recently, when the High Court ruled 7-2 that Christian baker Jack Phillips was mistreated by the Colorado Civil Rights Commission when they punished him for refusing to design a cake for a same-sex wedding. In remanding the Stutzman lawsuit, the Supreme Court cited the Phillips case, Masterpiece Cakeshop, Ltd. v. Colorado Civil Rights Commission.

“This is big news!” the ADF announced on its website. “The Washington Supreme Court had previously ruled that the government can force Barronelle to create artistic expression and participate in events that conflict with her faith. A decision like that has no place in our country.”

The ADF announcement cited the nation’s “long history of protecting the right of peaceful citizens to disagree” but said the state of Washington had threatened Stutzman just because she has a different view on marriage.

Rev. Creech said that Stutzman should prevail in her case before the Washington Supreme Court.

Passed in 2015 and referred to by many as the “bully bill,” the law forced all licensed pregnancy health centers to, among other things, post a sign referring patients to abortion clinics.

“As California conceded at oral argument, a billboard for an unlicensed facility that says ‘Choose Life’ would have to surround that two-word statement with a 29-word statement from the government, in as many as 13 different languages,” Justice Clarence Thomas explained in the majority opinion.

Alliance Defending Freedom had sued California over the law on behalf of several pregnancy care centers.

“The First Amendment does not allow the government to force you to speak its message. That’s especially true when you are pursuing a religious mission of simply providing resources and support to women free of charge,” said ADF’s Michael Farris.

Also on Tuesday, SCOTUS announced its first substantive ruling on a Trump administration policy, upholding the president’s ban on travel from several mostly Muslim countries. In the majority opinion, Chief Justice John Roberts expressed “no view on the soundness of the policy,” but affirmed that “the Proclamation is squarely within the scope of Presidential authority.”

The ban, issued in September after a couple of previous bans were rejected by the courts, restricts entry to varying degrees from seven countries: Iran, North Korea, Syria, Libya, Yemen, Somalia and Venezuela.

Although dissenters decried Trump’s campaign claims that he wanted to close the border to Muslims, Roberts said the issue “is not whether to denounce the statements.”

Instead, he said the Court had to weigh “the significance of those statements in reviewing a Presidential directive, neutral on its face, addressing a matter within the core of executive responsibility.”

“In doing so, we must consider not only the statements of a particular President, but also the authority of the Presidency itself,” Roberts wrote.

Both the pregnancy-care center case and the travel ban ruling were decided 5-4, revealing the significance of President Trump’s appointment of Justice Neil Gorsuch to fill the vacancy created by the death of Antonin Scalia.

Trump will soon nominate a justice to replace Anthony Kennedy who announced Wednesday that he is retiring.

“This is a critical time for prayer. President Trump’s pick to fill Kennedy’s seat will reshape the High Court for a generation or more,” said the Rev. Creech. “Earnest and concerned Citizen Christians have seen God answering a number of our prayers. We should earnestly seek him for more, not simply for our own sakes, but for Christ’s sake.

We should regularly lift up our nation’s leaders, from the White House to the Courthouse, and everywhere in between.”