You are here: Home / Christian Action League / HB 2 Battle Needs Your Prayers Now – Will You? 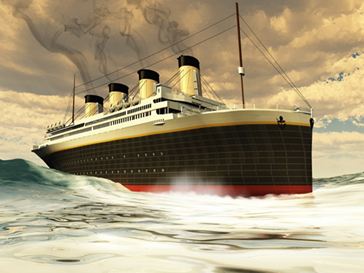 It’s an old story that I read recently in a book that’s more than a hundred years old.

A young boy and a girl were crossing the Atlantic in a steamer ship. When they noticed that they were far out to sea, a question rose between them: “Who makes the vessel go?”

The girl said she believed it was the captain on the bridge. She said she couldn’t prove it, but that’s what she believed. The boy then looked over the steamer and became convinced the captain was too far from the whirling engines to really make them go.

The girl then became quite demonstrative, insisting the captain rules and controls in many ways. Still, the boy doubted the authority and power of the captain.

One day on their journey, the two of them heard the perilous cry, “Man overboard!” At once the captain rang the bell down in the engine room, the steamer stopped, the engines reversed, a boat was lowered, and after a diligent search the drowning man was rescued.

The higher authority to reverse the movement of the ship was at all times resident in the captain, for he was responsible for its passengers. But the higher law was not called into operation until the emergency occurred. The mere mechanical law of the steam and the machinery were secondary to the will of the captain.

The girl was proven right in her faith. The boy was mistaken in his doubts.

So it is in the realm of prayer.

Our great state, North Carolina, has become the epi-center of a battle in which the outcome will have national ramifications.

Many are weary of hearing about HB 2, commonly known as “the bathroom law.” And its opponents are hoping every supporter of the law will become so tired of it that they’ll give up in their support.

Make no mistake. Don’t listen to the nonsense from the mainstream media. HB 2 is not some radical departure from the norm. The measure simply establishes a common sense statewide bathroom privacy and safety law and clarifies the state’s nondiscrimination policies.

So what’s the problem?

The problem is that LGBTQ activist groups are claiming it’s the most egregious anti-LGBTQ legislation in the history of the country. They’re livid because the bill doesn’t allow men who identify as women into public restrooms, showers, and locker rooms. They’ve been joined in their misguided indignations by a Leftist media, celebrities, corporate groups, and sports agencies, wrongly claiming that the law fosters bigotry, homophobia, and hatred. These are lies straight out of the pit of hell!

The pressure on lawmakers in Raleigh is absolutely relentless. Other states have fallen to such pressures within a short time under similar circumstances, but not the many stalwart Republicans in the North Carolina House and Senate.

Now their courageous actions have inspired similar HB 2 legislation in 17 other states. So much is at stake! Concerning the issues surrounding HB 2, the country could go further into darkness or become a beacon for the rest of the nation to resist this absurdity. It could go either way.

I AM ASKING YOU TODAY TO PRAY FOR THESE LAWMAKERS!!!!

Once again, I am urging you to pray for these men and women!!!

Some might recoil at this request. However, I suggest that it is always right to pray for the defeat of what God calls sinful and immoral. Martin Luther contended that every time we do this, in a sense, we call down a curse upon the wicked.

Is it right to codify into law what God condemns? Separation of church and state was never meant to convey that we should separate from public policy the basic laws of nature that apply to people everywhere.

Many of the Psalms have imprecatory passages – passages that even call for God to strike the unrepentant – those who are insistent in their evil objectives.

We have to recognize that much of the faithful Christian’s warfare is not ultimately against “flesh and blood” (Eph. 6:12). It’s against demonic forces that work through “flesh and blood.”

I don’t mean that we should not also pray for the salvation of those who don’t know the Lord and live ungodly lives.

Nonetheless, what I am arguing is that we should pray God would turn the present tide of wickedness back, and certainly work against those determined to do iniquity and impose it on others – just as he did against Pharaoh of Egypt when delivering Israel.

I want to urge you to pray for the defeat of anti-HB 2 forces.

Let us be resolute in our understanding that the higher authority, our Lord, is at the command of the ship at all times. He has the power to reverse, stop, or change life’s direction. The mere mechanical machinery of political movements is secondary to the will of our captain.

This truth is proven over and over again, whenever we pray in faith. Our blessings are diminished or denied when we doubt.

So will you please pray? Will you call upon others to do likewise – your family – your Christian friends – your pastor – church – Sunday School class, etc.?

George Buttrick, once eloquently stated, “Prayer is not a substitute for work, thinking, watching, suffering, or giving; prayer is support for all the other efforts.”

Indeed, he was so right.

This being said, would you consider sending your best gift to the Christian Action League to help us in this struggle?  Our funds are currently running very low again and we sincerely need your financial help at this time.

Please don’t quickly dismiss this request. Ask the Lord what, or if, you are being called to give something.

You can make a secure online gift at the following link:

You can also send your contribution by mail to:

Thank you for praying.  It is the most important thing you can do at this time.

Thank you for giving. Your gifts help us stay on the front lines fighting the good fight.

Dr. Creech currently has numerous openings on his calendar for speaking engagements at churches, and other groups.

Terms are easy for churches big or small – little or larger gatherings.

Contact the office of the Christian Action League at 919.787.0606 and ask to speak to Dr. Creech’s assistant, John deRosset.