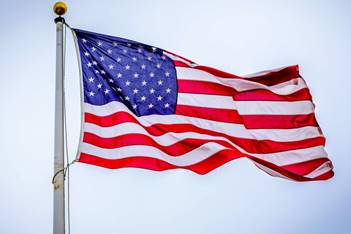 We’ve all heard enough about the misuse of kneeling by the spoiled boys playing football for multi-million dollar salaries. A good reader this week asked me why wasn’t kneeling a good thing since that’s what prayer warriors do.

So may I address it one more time. There’s certainly nothing wrong with kneeling for the right reason. We all need to do more kneeling in prayer to an awesome God.  BUT there is a huge difference in taking a knee as an act of protest against our flag and National Anthem and in kneeling in reverence to our Creator.

American Rock Musician, Ted Nugent just widely published a grand slam article on the subject written by Stanislaus “Stan” Drew, member of Palm Springs Baptist Church in Palm Springs, Florida.  Space doesn’t allow me to quote it all. However, I feel it needs to be shared and I will try to summarize a bit of it.  I urge you to read it all online by entering Drew’s full name in your search engine.

Drew reminds of the dangers, stress, injuries, and deaths suffered by our brave service members from Valley Forge, from Normandy, Viet Nam, and Fallujah, carrying heavy gear in all kinds on severe weather, living in foxholes facing death at any moment in order to protect the freedom for all, including spoiled protesters who never have to worry where their next meal will come from.

“There’s a lot of places to take the knee”, Drew reminds. “Americans have given their lives all over the world. When you use the banner under which they fought as a source for your displeasure, you dishonor the memories of those who bled for the very freedoms you have. That’s what the red stripes mean. It represents the blood of those who spilled a sea of it defending your liberty.”

Drew suggests, “While you are on your knee you pray for those who came before you not on a manicured lawn striped and printed with numbers to announce every inch of ground taken,  but on nameless hills and bloodied beaches and sweltering forest,  and bitter, cold mountains … every inch marked by an American life lost serving that flag you protest.”

Drew challenges “If you feel the need to take a knee, come with me to church on Sunday and we’ll both kneel before Almighty God. We’ll thank Him for preserving this country for as long as He has. We’ll pray for liberty and justice for all … because He’s the One who provides those things. But there will be no protest. There will only be gratitude for His provision and a plea for His continued grace and mercy on the land of the free and the home of the brave.”