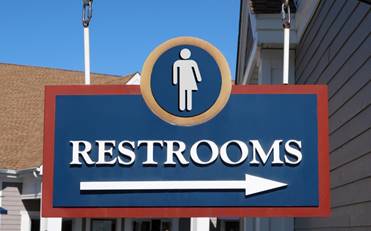 Just when North Carolinians were beginning to have confidence that gender labels on bathroom doors once again meant what they said, the state’s highest official on Wednesday issued an executive order that resurrects the controversial Charlotte ordinance and allows men into women’s restrooms, locker rooms and showers.

“Gov. Roy Cooper’s order perpetuates all the same problems originally associated with sexual orientation/gender identity (SOGI) ordinances that HB 2 sought to address, at least within the parts of state government for which he has control,” said the Rev. Mark Creech, executive director of the Christian Action League.

“The governor’s action is a gross and flagrant betrayal of the compromise struck in HB 142 that took our state back to the status quo before HB 2.”

As if to add insult to injury, also this week, Cooper joined the ACLU of North Carolina, Equality NC and others to ask the federal court to invalidate the bathroom provision of HB 142.

The North Carolina Family Policy Council said Cooper’s order would greatly expand the state’s non-discrimination policies relating to employment, contracting, grant-making, government services and access to public facilities. It would require any entity that receives state funds, as well as private contractors seeking business with the state, to open their women’s bathrooms and other intimate facilities to men and vice versa.

“Under the order those private contractors or subcontractors doing business with the state must adopt a nondiscrimination policy including ‘sexual orientation’ and ‘gender identity,’ which presents a serious problem for people who wish to live and work according to their own peacefully held beliefs,” Creech said, calling the order a “gross overreach and abuse of power.”

Both the order and the court motion saddened the CAL executive, but neither surprised him.

“This issue will continue,” Creech had told the media shortly after HB 142 was approved. “I have to wonder whether this particular so-called ‘compromise’ will succeed.”

HB 142 was an attempt by lawmakers to placate the NCAA and other sports and entertainment organizations, which threatened to keep events out of the Tar Heel state as long as HB2 was on the books. HB2, lawmakers’ reaction to a Charlotte ordinance that granted special privileges based on sexual orientation and gender identity, simply codified the preexisting state law on discrimination and the preexisting state law on local authority.

“While HB2 was repealed by HB142, the same common law now applies which, in North Carolina, does not include LGBT as ‘protected classes,’” explained attorney and former N.C. Representative Paul Stam. “Those wanting to change this have the burden of demonstrating why their proposals are for the public good and what they actually intend by their proposals.”

Stam and others have pointed out that North Carolina state law regarding non-discrimination is the same or very similar to that of 28 other states and similar to the laws of the United States.

He said legal lines are more acceptable when drawn on the basis of benign and immutable characteristics such as race, color, national origin, biological sex and disabilities and that religion is included as a suspect class because of its place in the First Amendment to the U.S. Constitution.

“If individuals are allowed to justify and demand acceptance of their behavior or orientation by wholly self-determined ‘identity’ claims, then the law becomes lawless,” Stam asserted.

Nonetheless, the proposed legal settlement that Cooper is pushing for would allow transgender individuals to use the bathroom of their choice in public buildings controlled by administrative agencies, including most state offices in downtown Raleigh, highway rest stops and state parks and historic sites, without fear of arrest or prosecution.

The Legislature has until Monday to respond to the court.

Meanwhile, Creech called on North Carolinians to wake up to what’s happening.

“This is not a civil rights issue. If we start basing laws on subjective feelings and not something scientifically demonstrable and verifiable, our cultural institutions will ultimately drift away from truth and spin uncontrollably into chaos,” he said. “I pray that our state’s governor and every individual who has aided and abetted in this crime against God and the citizens of North Carolina will find grace and mercy. Moreover, I pray as earnestly that a just God in heaven will deliver our state and nation from the likes of Gov. Roy Cooper and his cohorts.”