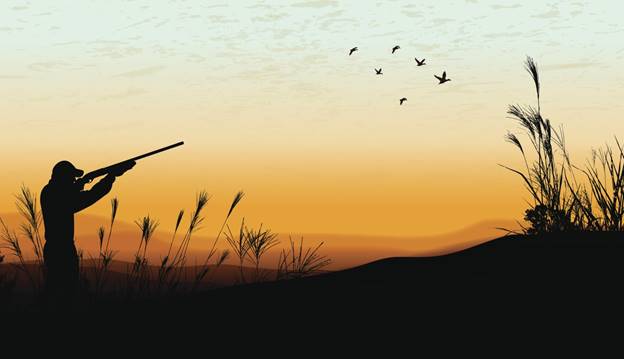 The 145-year prohibition on Sunday hunting was lifted with the passage of HB 640 – Outdoor Heritage Act in 2015. The Christian Action League was an ardent opponent.

In a Raleigh News and Observer op-ed, Rev. Mark Creech, executive director of the League said concerning the 2015 legislation, “Lawmakers certainly understand the necessity of legislation that creates a friendly business environment, but churches also need government to consider whether its actions are friendly to the ministries of houses of worship. Each time we weaken the significance of the ‘Lord’s Day,’ we create a chasm that cannot be bridged.”

Another Sunday related bill that passed this year and the Governor signed was SB 155 – ABC Omnibus Legislation. Dubbed by the media as the “Brunch Bill,” the measure authorizes County Commissioners, City Council and Town Council members by a simple majority vote to approve ordinances that roll back the starting time for alcohol sales on Sunday from 12:00 noon to 10:00 a.m.

Sen. Tommy Tucker (R-Union) who opposed both Sunday related bills quipped during a committee hearing that with the passing of these measures, “You can now get drunk on Sunday starting at 10, go to church at 11 and sober up, and then go back into the woods at noon with a gun.”

The 2015 legislation signed by former Gov. Pat McCrory allowed Sunday hunting with a firearm but limited it to private property in counties with 700,000 people or fewer. Hunters were not allowed to hunt between 9:30 a.m. and 12:30 p.m., except on licensed controlled reserves. No hunting of migratory birds on Sunday was allowed. No hunting deer chased by dogs was permitted, and no hunting was allowed within 500 yards of a place of worship or a residence not owned by the landowner. Starting October 1, 2017, Counties could also opt-out of Sunday hunting by a majority vote of their County Commissioners.

When the measure went over to the Senate, CAL was pleasantly surprised to discover that Senate members were unhappy with the House’s decision to remove the 9:30 to 12:30 prohibition. They insisted it be restored and voted accordingly.

“I am very grateful for those Senate members who were sympathetic to concerns about the threat to the serenity and safety that rural churches have enjoyed on Sundays,” said Rev. Creech. “The best way to address these concerns, while allowing hunters to hunt on Sunday, is to keep the prohibition in place, along with no hunting within 500 yards of a place of worship. The Christian Action League appreciates the Senate’s changes to the measure.”

But the House did not concur with the changes made by the Senate and the bill went into Conference.

The final version of HB 559, which the House and Senate agreed upon and Gov. Cooper signed into law, expands Sunday hunting by removing the restrictions on private land to allow hunting of wild animals and upland game birds in all counties. Sunday hunting is allowed on public lands just as it is for private lands.

HB 559 allows migratory birds to be hunted on Sundays, but not before March 1, 2018. The Wildlife Resources Commission can authorize the hunting of migratory birds on Sunday only after they have completed a study to determine its impact. The findings of the study must be submitted to the Speaker of the House, President Pro-Tem of the Senate, and the chairs of the House Committee on Wildlife Resources by March 1, 2018.

The 9:30 a.m. to 12:30 p.m. prohibition for hunting on Sunday was preserved in the final version of HB 559. So was the prohibition against hunting within 500 yards of a place of worship. Hunting of deer chased by dogs on Sundays was also retained.

“Again, I’m very glad the protections for churches were retained in the new law,” said Rev. Creech, “but the irony in these Sunday-related bills never ceases to amaze me.”

“It ought to strike us strange that we would only require a simple majority vote by local governing bodies to expand the rights of people to drink alcohol, which happens to be America’s number one drug problem. Yet, if a county wants to honor the Lord’s Day or for various reasons pertaining to security and tranquility, prefer to reject Sunday hunting, then they have to have a majority vote in an election. This is incredibly reflective of our sinful ways, our misguided values, and priorities. North Carolina needs a revival in its churches and a great spiritual awakening,” added Rev. Creech.