You are here: Home / Christian Action League / ‘Giving Tuesday’ and the Good Cause Not on Your Radar 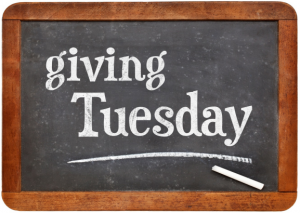 Today marks “Giving Tuesday,” which is a movement to start an international day of charitable giving at the beginning of the Christmas season. I’m sure that you have likely already been inundated today with requests from numerous non-profits that would appreciate your contribution. Let me mention one good cause you may not have considered. It’s probably not even on your radar.

Before mentioning what the cause is, allow me to preface with a question – a very important question. Here it is:

Have you or someone you love had a problem with alcohol?

Allow me to mention one additional question related to the first.

Were you or someone you love negatively impacted by alcohol abuse?

You know, I think most everyone can answer these two questions in the affirmative. Nevertheless, this problem of alcohol abuse, which cuts across every strata of society, is terribly underestimated. Moreover, the organizations that address alcohol-related issues and policies are typically underfunded.

Consequentially, alcohol-related harms are growing day by day. Here are some recent headlines that ought to jolt us:

Concerns about alcohol abuse and its many troubles are usually even further off the radar of lawmakers – the people who could do something about it. Instead, too many seem more concerned about satisfying the wishes of the alcohol industry and the hefty campaign contributions they can make than they are about public health and safety.

Were you aware that in recent years there has been an issue bandied about by certain North Carolina legislators to privatize liquor sales in the Tar Heel State?

There is no specific proposal for privatization on the table at this point. Nevertheless, one influential lawmaker, Rep. Chuck McGrady (R-Henderson), a Chairman of the House ABC Committee, has vowed that he will push for the privatization of liquor sales in 2019. McGrady has said that he’s optimistic about his chances for success.

The threat is real! A serious privatization initiative in 2019 is not an exaggeration! Its expected!

To do away with North Carolina’s current control system, and turn liquor sales over in part or the whole to retailers, would be inconsistent with the vast amount of research showing our current system is what’s most effective for minimizing alcohol-related harms. Quite simply, privatization would increase liquor outlet density, hours of sale, liquor advertising and promotion, and ultimately dangerous alcohol consumption levels.

Research experts have recognized North Carolina as having an alcohol environment that protects its citizens better than most states. It does this, in part, because of our control model. This direct oversight affords the state’s citizens with important defenses that help deter excessive alcohol consumption, such as the number and locations of liquor stores, price, promotions of the product, and the hours and days the product is sold.

THE CHRISTIAN ACTION LEAGUE FULLY EXPECTS THIS FIGHT TO ENSUE WHEN THE NORTH CAROLINA GENERAL ASSEMBLY RECONVENES FOR THE LONG SESSION IN JANUARY.

In the meantime, the Christian Action League desperately needs to raise tens of thousands of dollars to resist such a proposal effectively.

This goal is doable. We only need 100 churches to give $1000 to reach our objective. It could also be a combination of churches and individuals that make up the 100 who give $1000.

Of course, all contributions to fight an initiative to privatize liquor sales are welcomed and appreciated. So if you can’t give $1000, could you please give something?

If you can’t give any money, you might do the following:

Do we want more North Carolinians, more friends, and more family members put in danger of becoming an alcohol-related statistic? This is what privatization will bring – not all at once but surely within time.

We should preserve our current system of liquor sales, which is focused on regulation and control, not one where the primary interest will be profit, not one where public health and safety has to take a back seat to liquor profiteers.

Please help us fight the good fight by giving to this cause on “Giving Tuesday.”

Maybe this is the good cause you hadn’t considered before.

To make a secure donation online, go to this link:
https://give.cornerstone.cc/christianactionleague

To send your donation by mail, send to:

Thank you! And God bless.