You are here: Home / Christian Action League / Freedom is a Very Spiritual Thing, and with it Comes Danger 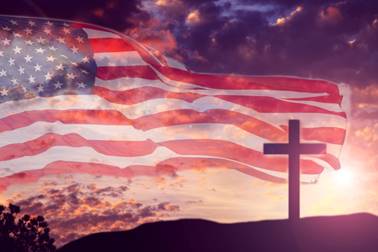 There is an old legend about the creation which says God allowed all the seeds of the earth to come before him and choose their destiny. Some wanted to become lions and tigers, and so God made the animals. Some reasoned since the earth was made up mostly of water, they wanted fins and gills to swim and live in the waters. Thus, God made the fishes. Others looked at the great expanse in the heavens and concluded there was more air than anything. Therefore, they wanted wings to fly. So God made the fowls of the air. Some preferred safety and asked God that they might always be secure by carrying their houses with them. And so God made turtles, oysters, and shellfish.

Finally, after all the seeds had spoken, one quiet little seed remained – very humble and shy – so timid that God had to pry, asking, “And what about you little fellow?” “Well,” said the seed, “I don’t really want to be like the animals, the fishes, the birds of the air, or those who live in a shell. Instead just let me be made in your image. I’ll make my own way across the frontiers. I’ll make my own boats, wings, and houses. Just make me like you, and I’ll take my chances.” And the legend goes on to say that God was exceedingly pleased, and made the seed a man – a man made after God’s own image.

The legend is certainly far removed from the Bible’s creation account, but it does serve to make the point that God dignified mankind by embedding within his nature the mysterious gift of freedom. Freedom is a very spiritual thing. It’s a part of our being made in the glorious image of our Maker. Nevertheless, with the gift of liberty there also comes danger.

The late and renowned Methodist minister, J. Wallace Hamilton, explained it this way, “He [God] chose to make a person, to set man down in this rough and risky world with the awful power to choose his way, to make or mar his destiny, to climb the heights or sink in the depths. It is an exceedingly dangerous endowment, this freedom. But without it, what is man? We are beginning to see what man is without it as, in one country after another, he has lost it and turned over his gift to the strong man, lost his personality in the mass mind and the mass will. And we’ve had some frightening glimpses of the corrosion of the human spirit when human beings forget who they are and try to explain themselves as the offspring of this world only.”

Hamilton wrote those words during the height of the Cold War, when there were intense geopolitical tensions between powers of the Eastern and Western Blocs – a time when atheistic Soviet expansionism threatened the entire world.

Hamilton’s words, I believe, are once again quite relevant as we witness a rising interest and support for socialistic principles in the United States, contemporaneous with the pervasiveness of evolutionary thought and disregard for the Christian religion.

I have a close relative who was by far one of the most brilliant persons I’ve ever known. He was good-looking, charming, and talented. His father esteemed him highly and poured out his love on him. But he squandered his birthright on drugs and alcohol. He threw away everything on his addiction. Now he’s in prison. He’s been there for years. In fact, he used up everyone in his life with such deception and thievery that he has no one. He’s been released a number of times, but prison life has institutionalized him. After each release, he commits a crime just so the authorities will put him back in jail. In other words, he has so wasted his freedom, that now he trades his dignity for the security of semi-slavery.

In his book, The Grace Awakening, Charles Swindoll shares an experience from his days as a teenager that best expresses the great responsibility that comes with God’s gift of liberty.

After Swindoll first received his driver’s license, his Dad wanted to honor him. Swindoll wrote:

“I thanked him…My pulse rate must have shot up to 180 as I backed out of the driveway and roared off. While cruising along ‘all on my own,’ I began to think wild stuff – like, This car can probably do 100 miles an hour. I could go to Galveston and back twice in two hours if I averaged 100 miles an hour. I can fly down the Gulf Freeway and even run a few lights. After all, nobody’s here to say, ‘Don’t!’  We’re talking dangerous, crazy thoughts! But you know what? I didn’t do any of them. I don’t believe I drove above the speed limit. In fact, I distinctly remember turning into the driveway early….I had my Dad’s car all to myself with a full gas tank in a total context of privacy and freedom, but I didn’t go crazy. Why? My relationship with my Dad was so strong that I couldn’t, even though I had a license and nobody was in the car to restrain me. Over a period of time, there had developed a sense of trust, a deep love relationship that held me in restraint.”

In the same way, it’s our recognition of God, our personal connection to him through his Son, Jesus Christ, our reverential respect for him, his love and his unending mercies, that can keep us from abusing and ultimately losing the precious gift of freedom he gives us.

Freedom is a very spiritual thing, and with it comes danger.