You are here: Home / 1st Amendment / Erosion of Religious Liberty in Canada and the United States 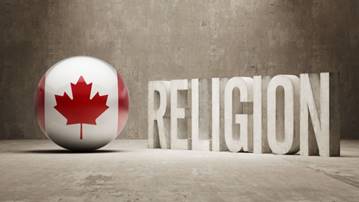 Mention nations where religious liberty is under attack, and most Americans think of Egypt, China, Pakistan or other points far from home. But a recent report from the Heritage Foundation’s Richard and Helen DeVos Center for Religion & Civil Society warns of a growing hostility toward faith just across our northern border.

In certain parts of Canada, people who believe in the sanctity of marriage or the right to life are losing their rights to pursue a law career, adopt children or hold certain government positions.

“Alberta’s Child and Family Services barred a Christian couple from adopting a child because their religious views about sexuality — views shared by orthodox Jews and Muslims — were incompatible with ‘the official position of the Alberta government,’” the Heritage Foundation reported in The Daily Signal late last month.

“The Ministry of Children’s Services stated that the couple’s belief that sexuality should not be experienced or explored until a person is married, would not create a ‘safe, healthy, loving, and inclusive home.’”

In a similar move earlier this year, Ontario empowered state agencies to bar families from adopting or fostering children unless they agreed to affirm a child’s transitioning from male to female or vice-versa.

Citing further examples of attacks on religious liberty, the Heritage Foundation reported that graduates of Trinity Western University, which teaches Orthodox Christian beliefs about marriage and sexuality, are being rejected by the Law Society of Upper Canada, which has labeled their views as “abhorrent.”

Sadly, it seems that U.S. entities are following Canada’s lead: The American Civil Liberties Union is suing Michigan over a law there that allows faith-based adoption agencies to limit placement to homes with both a mother and father, and in Illinois, foster parents are being forced to affirm whatever gender a child in their care chooses.

“The government is now involving itself in those matters which are an integral mission of the church,” said the Rev. Mark Creech, executive director of the Christian Action League. “Freedom of religion requires restraint on the part of the state to avoid encroaching upon the functions of the church that are uniquely religious in nature.”

He agreed with the Heritage Foundation’s warning that recent developments “should concern all those who believe in the right to not only hold religious beliefs in private, but to exercise them in public.”

“Certainly, these attacks on religious liberties are not to be compared to beheadings or military attacks on martyrs throughout the world,” he said. “But the eroding of religious liberty is significant, especially since both the United States and Canada were founded on these freedoms.”

He laid the blame for the erosion of religious freedoms in part at the feet of Christians who have shirked their civic duty.

“The abandonment of Christ’s church from the political process has helped to usher in this era of assault on religious liberty,” Creech said. “When society is abandoned to non-Christian influences, and believers relinquish their responsibility to transform and redeem society, this is the end result.”