You are here: Home / Marijuana / Elon University Medical Marijuana Poll Not to Be Taken Seriously

Cameron Diaz, a former model, is one of the most sought-after actresses in Hollywood. The critically acclaimed performer once said something very astute about polls.

“I’m very happy with the way I look,” said Diaz, “I wake up some morning, catch myself in the bathroom mirror, and go, ‘hey girl, you’re alright’. But on the other hand, I find the website stuff, and the polls, something completely removed from my own personal life. You can’t take anything like that too seriously; otherwise, you’d end up in the loony bin.”

Polls, polls, polls, we see the latest about seemingly everything, but the results of polls can be highly suspect. If we take them too seriously, we might end up in the loony bin.

One such example is the recent Elon University Poll that concluded 80% of North Carolinians are in favor of legalizing medicinal marijuana. Quite frankly, I believe these findings are zany and far removed from the general consensus of most of the state’s citizens, especially when they know the truth about pot as a medicine.

A quick look at the Elon Poll raises a number of red flags.

First, since the poll only received 506 responses over a three-day period (April 18-21, 2017), it’s hardly a good representation of the Tar Heel state.  Census estimates for 2016 show that there are over 10 million people in North Carolina. The Elon Poll barely represents .05% of the population. It would be reckless to believe its conclusions are characteristic of North Carolina sentiment.

Second, the question posed is an extremely broad one that doesn’t allow for many variables. The poll asks, “Do you support legalizing marijuana for medical use?” The question assumes all of the associations with the noble practice of medicine. However, if the question were posed in a way to show the reality of medicinal pot, the responses would likely be very different.

Still, other poll questions on the topic might be scripted, “If you were aware vast numbers of youth (as high as 74% – University of Colorado School of Medicine) were getting pot purchased, grown, and intended for medicinal purposes, would you still support the legalization of medical marijuana?” or “If you knew that in every state where a medical marijuana act had passed it had practically become a recreational use program, would you still support it?” – The responses would undoubtedly be much, much, lower in the affirmative.

By asking the question as broad as the Elon Poll, it doesn’t allow for the variables that would determine the way the legalization of so-called medicinal weed would be distributed or dispersed. It doesn’t show the bigger picture, which is absolutely necessary for understanding the issue.

“Usually when pollsters ask about this, they refer to a doctor prescribing marijuana for patients who need it. As we know, that is not how medical marijuana works today; ‘patients’ are not regular patients, but rather walk-ins to a ‘clinic.’ The clinic is more of a storefront competing with others for the highest levels of THC with the most attractive or enticing strains and giveaways. ‘Prescriptions’ are not prescriptions at all but ‘recommendations’ and ‘notes.’ There is no real limit to the variety of complaints or perceived illnesses these ‘patients’ seek to alleviate with marijuana; nor are there barriers to the marijuana ending up in the hands of adolescents and others wanting it for recreational use.”

Today public opinion polls are becoming less and less reliable. There is no better illustration of this than the last Presidential election. According to the New York Times, in the final days before the general election, Donald J. Trump was given less than a 30% chance of winning. Obviously, the polls made a colossal miscalculation. 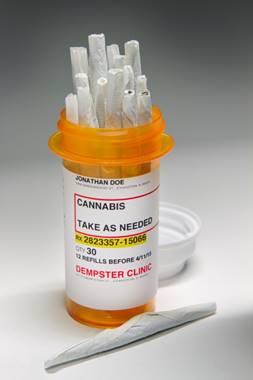 Something negatively impacting the credibility of polls is the proliferation of bloggers and other social media influences. People being polled simply side with a blogger or social media post without comprehending or thinking through an issue carefully.

Another matter injuring the reliability of polls is something from which, I suggest, the Elon University Poll suffers. It’s called a “weighting” problem. Polling groups have different methods for “weighting,” which typically involves multiplying survey observations by certain factors in order to increase or decrease the emphasis imposed upon the analysis of the data.

With the very limited time frame and the limited number of participants, it’s clear the Elon Medical Marijuana Poll has been “weighted” to be reflective of all North Carolina, and this just isn’t factual.

Medical marijuana is a myth, and as so is the Elon University Poll that concludes 80% of North Carolinians would approve of its legalization.

We can’t take such polls too seriously; otherwise, we’ll end up in the loony bin.