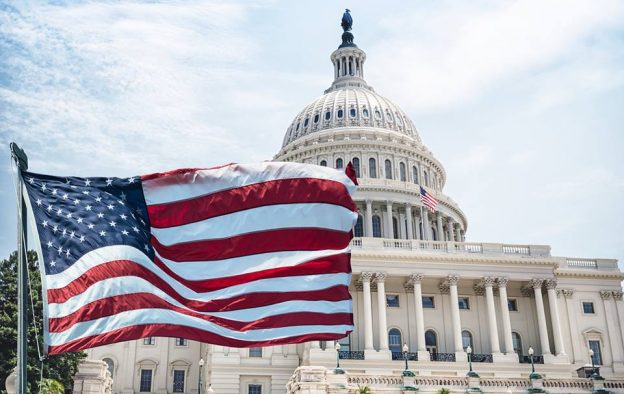 Even the best people are vulnerable to duplicity. Joseph Bayly said that “Hypocrisy is a terrible sign of trouble in our hearts – it waits only for the day of exposure.”

In the attack on Judge Brett Kavanaugh as a nominee to the U.S. Supreme Court, we saw duplicity in full display. Kavanaugh faced multiple allegations of alcohol abuse and sexual misconduct that allegedly occurred during his days in high school and college. None of these claims were ever corroborated, not even after a thorough FBI investigation. Nevertheless, despite his impeccable record of public service over several years, Democrats insisted these allegations were sufficient enough to deny him a seat on the High Court.

Oddly, Democrats never demanded such purity of character from Barak Obama, who by his own admission spoke about the serious errors of his youth.

In his book, Dreams from My Father, Obama wrote about his early life: “I blew a few smoke rings, remembering those years. Pot had helped, and booze; maybe a little blow [cocaine] when you could afford it.” In a video clip from 2001, he described himself as having been “a thug,” a “mischievous child” that “got into fights…drank and did substances that weren’t always legal.”

These self-disclosures certainly don’t sound like an individual possessing the character and temperament necessary for President of the United States. What is more, Obama would have never been President had Democrats used the same standard on him they employed with Kavanaugh.

There were also shady allegations raised against Obama during his campaign for the Presidency. There was the “Birther” claim, which accused him of being born outside the U.S. and consequently unable to serve as President. There was the claim that he was a Muslim and not a Christian as he professed. There was the assertion that he had oral sex with a gay man while an Illinois Senator and married to Michelle. His accuser took a lie detector test, which suggested he was telling the truth.

In fact, at the time there were as many as 28 allegations against Obama on his website under, “Fight the Smears.” Never once did the Democrats contend these accusations were sufficient cause for him to withdraw his candidacy. Never did they outrageously suggest, as with Kavanaugh, that empirical data wasn’t essential to substantiate the allegations, but that his fitness would be determined by how credible his responses sounded to the claims against him.

“But any possibility of truth to the accusations against Kavanaugh should be disqualifying,” his critics vehemently argued, “because he will be seated on the Highest Court for life.”

So what! When Barak Obama was running for President with a trail of charges nipping at his heels, he would become the embodiment of one entire branch of the United States government. The High Court can only render an opinion on the constitutionality of a law. It has no authority to make law or enforce it. The President has the power to sign legislation into law or to veto it, thereby affecting Americans for generations. It is the President who has the responsibility for the execution and enforcement of the laws that Congress makes. In some ways, his power is arguably more than the Justices on the Supreme Court, but it is certainly no less significant.

It also seems – if anyone might have spoken with authority to the unfair treatment of Judge Kavanaugh – if anyone could have corrected the wrong-headed course of Democrats on the Senate Judiciary – if anyone might have calmed protesters and encouraged civility – it would have been Obama. With the numerous rumors that constantly plagued him – before and during his Presidency – rumors he would undoubtedly argue as unfounded – surely one would assume he understood first-hand the injustice of it and would want to stop it.

Instead, according to The New Yorker, the former President ridiculed the SCOTUS nominee, only to say that he was “saddened” and “hurt” that he hadn’t blamed him for his predicament. “As he [Kavanaugh] was rattling off all of the people who had victimized him, I was sure I was going to make the list,” said Obama mockingly. “It was more than a little deflating that I didn’t.”

But imagine how helpful it might have been if Obama had addressed what was tearing the nation apart, with the same tone and peacemaking words he used in The Audacity of Hope.

There he movingly wrote:

“Maybe there’s no escaping our great political divide, an endless clash of armies, and any attempts to alter the rules of engagement are futile. Or maybe the trivialization of politics has reached a point of no return, so that most people see it as just one more diversion, a sport, with politicians our paunch-bellied gladiators and those who bother to pay attention just fans on the sidelines: We paint our faces red or blue and cheer our side and boo their side, and if it takes a late hit or cheap shot to beat the other team, so be it, for winning is all that matters.”

In that same book, he also penned:

“Then there’s the fact that the practice of modern politics itself seems to be value-free. Politics (and political commentary) not only allows but often rewards behavior that we would normally think of as scandalous: fabricating stories, distorting the obvious meaning of what other people say, insulting or generally questioning their motives, poking through their personal affairs in search of damaging information.”

And then there is this:

“I believe any attempt by Democrats to pursue a more sharply partisan and ideological strategy misapprehends the moment we’re in. I am convinced that whenever we exaggerate or demonize, oversimplify or overstate our case, we lose. Whenever we dumb down the political debate, we lose.”

There is a passage in the Gospel of St. Matthew which comes to mind. “Then Jesus spoke to the crowds and to his disciples: ‘The scribes and the Pharisees are seated in the chair of Moses. Therefore, do whatever they tell you and observe it. But don’t do what they do, because they don’t practice what they teach’” (Mt. 23:1-3).

Duplicity, of course, is not exclusive to Democrats. It is a non-partisan, equal opportunity sin, committed by Republicans, the Left and the Right, and yes, also by evangelicals. Hypocrisy is always hideous whenever it shows itself. Just as it eats away at the human soul like a cancer, it destroys our national character. Unless we consciously choose truth and authenticity as paramount, we only dupe ourselves.