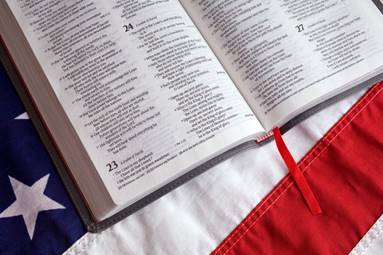 WASHINGTON, D.C. – “This news is astounding. We’ve seen so much of religious liberty diminished in recent years. What the President has done to restore our God-given right to practice our faith is not just a breath of fresh air but more like oxygen to someone who had lost his ability to breathe,” said Dr. Mark Creech, executive director of the Christian Action League.

Dr. Creech was talking about last Friday’s announcement by U.S. Attorney General Jeff Sessions regarding federal guidelines that pertain to President Trump’s executive order (Order No. 13798) issued in May to protect religious freedoms. The guidance by the U.S. Department of Justice is directed to all administrative agencies and executive departments of the United States government and it interprets religious liberties in Federal law.

Sessions said, “Every American has the right to believe, worship, and exercise their faith. The protections for this right, enshrined in our Constitution and laws, serve to declare and protect this important part of our heritage. As President Trump said, ‘Faith is deeply imbedded into the history of our country, the spirit of our founding and the soul of our nation…[this administration] will not allow people of faith to be targeted, bullied or silenced anymore.’”

Alliance Defending Freedom, a legal organization that advocates for the right of people to live out their faith, said the “guidance is much needed as it seems many federal agencies fail to sufficiently respect the protections of religious freedom in our Constitution and laws.”

Josh Gersten, a writer for Politico described the guidelines as “a muscular view of religious freedom rights.”

In an alert about the new guidelines, The American Family Association (AFA) noted two examples that demonstrated the way religious liberty was infringed upon by the Obama administration.

In July of 2016, President Obama instructed his administration to rewrite executive regulations nine separate times to ensure that the Little Sisters of the Poor (nuns) were forced to either violate their consciences by helping to distribute abortifacients or be fined $70 million annually and ultimately be forced out of business. Their Christian convictions and the services they were providing to many people in need were of little consequence to President Obama’s vision for expanding so-called abortion rights.

A USDA employee threatened Don Vander Boon, the owner of West Michigan Beef Company with closure because he left Christian literature on the breakroom table which explained that marriage is between one man and one woman. The Obama administration’s U.S. Department of Agriculture said “it would not send meat inspectors to their business as long as they offered literature in their breakroom supporting biblical marriage as only between a man and a woman,” writes AFA.

The memorandum from the office of the Attorney General notes 20 key principles for protecting religious liberty. Explanations are in italics where the meaning may not be explicitly clear:

Dr. Creech said a leftist media and progressive politicians and groups are bitterly complaining about these guidelines. “But the truth of the matter is the President’s administration is not really plowing new ground here,” he declared. “What’s happening is actually a restoration of existing law.”