By Russ Jones
One News Now

A pro-family lobbyist in The Tar Heel State says the National Survey on Drug Use and Health’s latest report on drug and alcohol abuse has good and bad news.

The report measures the use of tobacco, alcohol, illicit drugs (including non-medical use of prescription drugs) and mental health in the United States. It shows that underage and binge drinking increased, as did heroin use, while there was a decline in prescription drug abuse from seven million people in 2010 to just over six million last year.

Mark Creech, executive director of the Christian Action League of North Carolina, believes increased awareness has something to do with the latter.

“I think education efforts to make parents … youth and others aware of the dangers of abusing prescription drugs have been working, as well as the implementation of matters like prescription drug monitoring programs that reduce somebody’s ability to doctor shop and make it easier for states and healthcare providers to share data,” he suggests. “All of that kind of approach to the abuse of prescription drugs is working.”

While portions of the report are encouraging, Creech asserts it is far from anything to celebrate. He contends America is a drug-saturated society in desperate need of a spiritual awakening.

“Although government and nonprofit efforts to curb alcohol and drug abuse are critical in importance, they do provide some reductions,” the family lobbyist recognizes. “Nevertheless, the ability to overcome and having the emptiness of life filled so that drugs are no longer desired or needed is to come to know the Christ, who showed us our worth by giving His life for us, the Christ who would lose all of our guilt and shame.”

The rate of marijuana use increased to seven percent from a low of 5.8 percent in 2007. Creech attributes the increased use to state and local governments’ efforts to legalize the drug. 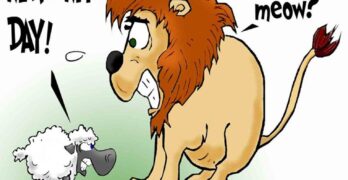