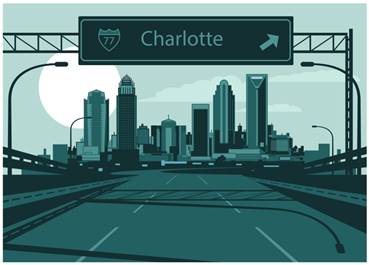 From the beginning to the present, Roberts was at the heart of the HB 2 controversy, commonly referred to as the “bathroom bill.” As Mayor of the Queen City, she championed the ordinance that was unquestionably an overreach by the city, precipitating the need for the North Carolina General Assembly to act by passing HB 2.

The ordinance, barring all common sense, permitted an individual, regardless of his or her biological anatomy, to use any restroom, locker room, showers, or changing room, with whichever gender he or she subjectively identified.

HB 2 was later repealed in a compromise that the North Carolina General Assembly struck with Gov. Roy Cooper. The current law still protects privacy in bathrooms and shower facilities by leaving the regulation of multi-occupancy facilities to the state, returning to the status quo prior to the passage of Charlotte’s ordinance. It also implemented a temporary moratorium on local ordinances similar to Charlotte’s until December 1, 2020, to allow federal litigation to play out.

The following is a statement concerning the defeat of Mayor Jennifer Roberts by Rev. Mark Creech, executive director of the Christian Action League.

Statement on the Defeat of Mayor Jennifer Roberts of Charlotte

Progressives gloated when Pat McCrory was defeated in his re-election campaign for Governor, saying it was his position on HB 2 that caused his downfall. Will they apply this same standard to the defeat of the person who was the face of HB 2 repeal? They should.

Losing an election is a painful experience for any incumbent. I’ll remember to genuinely pray for Mayor Roberts as a person. I don’t rejoice at her re-election failure, but I’m not saddened by it either. Regardless of all the claims about being on “the right side of history,” Roberts took a position on the wrong side of God.

Faithful Citizen Christians in Charlotte should now zealously endeavor to elect someone who will work for the restoration of moral restraint – preferably someone who takes the Bible seriously – someone who at the least rejects a politically correct culture where men use women’s restrooms, locker rooms, and showers.