You are here: Home / Christian Action League / Cannibals, the CAL Insider, and a New Website 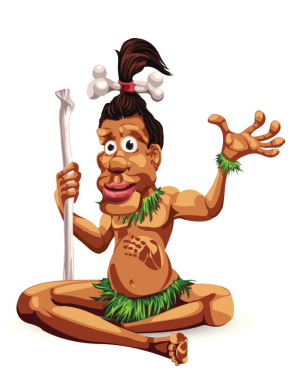 Note from the editor:  This message was sent to subscribers to our Christian Action League mailing list.  If you are not yet subscribed to get the CAL Insider, please click here now.

Reader of the CAL Insider,

Here’s a little levity about an important matter.

A big corporation hired several cannibals. “You are all a part of the team now,” said the Human Resources Representative during the Welcome Briefing. “You get all the usual benefits, and you can go to the cafeteria for something to eat, but please don’t eat any of the other employees.” The cannibals promised that they would not.

Four weeks later their boss remarked, “You folks are hard workers, and the company appreciates you. I’m quite satisfied with your performance. However, one of our secretaries has disappeared. Would any of you know what happened to her?” The cannibals all shook their heads, no.

After the boss had left, the leader of the cannibals said to the others, “Alright, which one of you idiots ate the secretary?” One of them sheepishly raised his hand, and the leader continued, “You numbskull! For four weeks we’ve been eating managers, and no one noticed anything, but nooooooo, you had to go and eat someone that they would really miss!”

In recent weeks, the Christian Action League has received some emails from people telling us they’ve really missed our weekly e-newsletter, The CAL Insider. They appreciate our analysis of state and national politics from a Christian worldview. But for some unknown reason, they haven’t been receiving it. I want you to know we’re working hard on getting to the bottom of this problem and correcting it, but it’s taking longer and more attention than anticipated.

Those internet cannibals are sneaky, but we just about have them contained.

Still, there is more. Our website has also been in desperate need of attention. It’s dated and needs upgrading. So we’re addressing both our email issues and the need for a new website at the same time.

Also slowing the process down is the Thanksgiving Holiday. Understandably, that’s when some of the people with whom we work are taking time away to be with family and friends.

So this is the plan! The Christian Action League is suspending The CAL Insider until the first week in December. On Friday, December 7, we intend to launch our new website, and Saturday morning, December 8, you will receive your first new edition of The CAL Insider.

By that time, we should be ready to get back on our regular schedule and take on the coming New Year.

I want to express my sincere thanks for your patience, and I promise that you won’t regret it. We should be coming back stronger than ever.