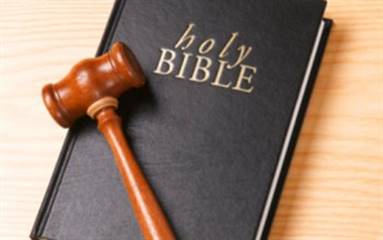 Not only is it surprising that a recent ruling went in favor of a Christian baker, it’s also a surprise that it came out of a California court.

It’s a familiar sounding story: a lesbian couple walks into the bakery of a cake-artist known for having Christian beliefs, then sues when the baker refuses to make a custom cake for their same-sex “wedding.” But this case is not in Colorado, but ultra-liberal California.

Cathy Miller is the owner of Tastries Bakery in Bakersfield. “I thought it would be a day of cake-tasting with my brides and grooms – and our whole world was turned upside down within 45 minutes,” she shares. “We were getting hate mail, death threats, and horrible emails with pictures. It was terrible.”

Like Jack Phillips of Masterpiece Cakeshop, the state took Miller to court. She says she prepared for the inevitable string of defeats from left-leaning state judges. But in the first court action on the case – on a motion for preliminary injunction – Kern County Superior Court Judge David Lampe issued a strongly worded denial to the state, which wanted to immediately stop Miller from making any more cakes.

“The State cannot succeed on the facts presented as a matter of law. The right to freedom of speech under the First Amendment outweighs the State’s interest in ensuring a freely accessible marketplace,” Lampe wrote in his ruling on Monday. “The right of freedom of thought guaranteed by the First Amendment includes the right to speak, and the right to refrain from speaking. Sometimes the most profound protest is silence.”

The ruling, according to Bakersfield.com, only leaves Miller alone until the full case comes to trial, which is set for June. But that doesn’t dampen Miller’s spirit. “We just were so excited that God won and that we could stand for our religious freedom and freedom of speech,” she tells OneNewsNow.

Monday’s ruling gives voice to one of the arguments heard in favor of Colorado baker Jack Phillips, whose case is currently before the U.S. Supreme Court:

“The difference here is that the cake in question is not yet baked,” Judge Lampe wrote. “The State is not petitioning the court to order defendants to sell a cake. The State asked this court to compel Miller to use her talents to design and create a cake she has not yet conceived with the knowledge that her work will be displayed in celebration of a marital union her religion forbids. For this court to force such compliance would do violence to the essentials of Free Speech guaranteed under the First Amendment.”

Also like the Masterpiece case, Miller went out of her way to refer the gay couple to a different bakery that was willing to make the cake. 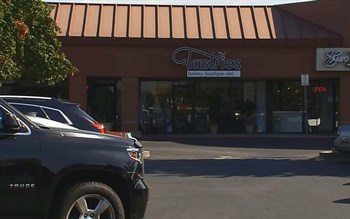 “It didn’t need to be this way,” she offers. “We should be able to live in harmony within a community and be respectful of each other’s beliefs.”

And Miller says she’s gotten support from an unlikely source. “We have many couples who have come into our bakery since then, part of the LGBT community,” she notes. “And they have said, You know, we totally understand. We never would have asked you to bake our wedding cake, but we come in here for our birthday cakes because we know you love us as a person.”

Miller’s attorney, Charles LiMandri, has said he will move for immediate dismissal of the case because of the strength of Lampe’s ruling. The attorney for the lesbian couple, however, argues that both Bakersfield and Kern County are “in general … very conservative, and that unfortunately includes some of the judges” – so “it’s not over.”