Possibly the most thorough report on this meeting that you will read
By L.A. Williams
Christian Action League
March 23, 2018 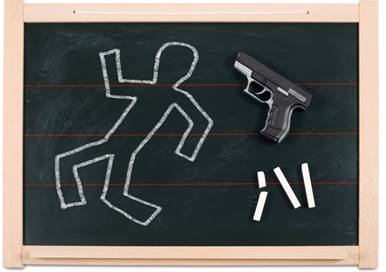 Just over a month after a 19-year-old former student killed 17 people at a Parkland, Florida high school, a group of Tar Heel lawmakers spent much of Wednesday questioning experts about the state of North Carolina’s schools and brainstorming ways to reduce the risk of a similar tragedy here.

Amid talk about armed security guards, hardening perimeters, digital monitoring and a host of other ideas, it was the shortage of mental health services and, at an even more basic level, the fact that hardly anyone seems to be mentoring children anymore, that was most striking.

“The reason our schools are not safe anymore has little to do with funding, but more to do with a philosophy of education that denies transcendent truth and morality. Generally speaking, the youngsters are not getting anything for the soul at home or school,” said the Rev. Mark Creech, executive director of the Christian Action League, after hearing the newly formed House Select Committee on School Safety grapple with what he called “a nearly impossible task.”

“The problem goes deep. School shootings are reflective of cultural rot. It’s time we woke up as a society and realized that if hell is in our hearts, no place can be made or kept safe,” he said.

Addressing ways in which society has failed its children, Caroline Daily, vice chair of the NC Safer Schools Task Force, told the committee that she knew there was a problem when fewer than half of the students surveyed at the middle school where she teaches said they felt like they had even one adult in the school that they could go to with a problem.

The plan she developed in response, Student Tutoring And Mentoring Program (S.T.A.M.P.) assigns a group of students to a teacher for their entire time at the school. They meet with the educator once a week to address emotional concerns, learn about character development and discuss real-world scenarios. The result, Daily says, has been a 69 percent drop in discipline referrals at the school and an 11 percent decline in absences.

Daily said the common thread in many school shootings is that the shooter is isolated, without a peer group, without an adult advocate and without a mentor.

“S.T.A.M.P. gives the student the ability to discuss emotional needs and allows them to have at least one close mentor within the school setting,” she said. While teaching the importance of responsibility, integrity, cyber safety, citizenship, trustworthiness, perseverance and positive attitude, teachers are also listening and keeping alert for signs of trouble. Students from all three grade levels (sixth, seventh and eighth) are included in each S.T.A.M.P. “family” and students stay in the same group as they progress, which has resulted in the older students taking on leadership roles and giving advice to sixth-graders as they come into the fold.

Daily made no apologies for the instructional time that may be sacrificed for the S.T.A.M.P. discussions.

“At some point education and the ability to take these tests at the end of the year need to take a backseat, and we need to talk to these kids,” she said. “These kids are a generation where their mom has given them an iPAD and an iPhone and said, ‘Go sit over there.’ They are not getting talked to at home or at school. The blame is on us. We are not talking to the kids.”

Creech was glad to hear that Daily’s S.T.A.M.P. idea is now spreading to some other schools. He urged parents and other adults with access to children to take the approach to heart and to consider how they might help train young people in righteousness.

“We must see that students need more than academics. We must address the mind, the emotions and the will. We have to also have a means by which we address the moral and spiritual drama that takes place in a student’s soul,” he said.

Also at Wednesday’s meeting, the 41-member committee heard a report on school threats and violence from the SBI, which showed that there had been 15 shooting incidents at North Carolina schools in the past five years. The agency gave an update on the Snapchat threats, a series of rumors that spread after the Parkland massacre, and showed a chart of eight school related incidents that had to be investigated in the past month alone.

Lawmakers further learned about an app called SPK UP NC, which offers students a simple way to quickly and anonymously report bullying or other dangerous behavior. The app is being piloted in 42 schools throughout four North Carolina counties this year. The cost of expanding it to all middle and high schools is about $1,100 per school including maintenance. Total cost for all schools based on current pricing is about $1.7 million. The recurring cost for maintenance for the application is $365,000.

Kym Martin, executive director for the N.C. Center for Safer Schools, said school systems could choose how to route reports coming in via SPK UP NC.

“A bullying tip might go to a school counselor to investigate, whereas something involving a weapon would go straight to a school resource officer. The principal would get a notification whenever a tip came in, but schools could determine which tips would be addressed to which staff members,” she explained.

The committee was already thinking about staff and learning more about the shortage of mental health professionals and officers in the schools. Jim Deni, with the N.C. School Psychology Association, told the group that having one school psychologist for every 700 students is recommended. The ratio in North Carolina, where one in five students have mental health or substance abuse issues, is a whopping one-to-2,100.

Fielding questions about the possibility of shifting some psychological screening duties to students’ pediatricians or offering further training to school nurses to help shoulder more of the burden, Deni repeatedly told the legislators that each professional has a different skill set and that all are needed in the school setting.

“There is enough work for all of us,” he insisted. “All of us need to be working together as a team.”

He said many teachers report that a third of their class is on a medication for some type of behavioral or mental health issue.

The committee spent a significant portion of its meeting talking about how to support school resource officers and the potential for adding other armed guards at schools. Several lawmakers said they had heard from retired deputies and police officers as well as military veterans who were willing to volunteer in that capacity.

Rep. Dana Bumgarner (R-Gaston) said he knew some retired deputies who were willing to work at schools but were limited by law as to how many hours they could work and still draw retirement.

Rep. Marvin Lucas (D-Cumberland) warned that members of the military are trained to kill, not as school safety personnel.

“It would be tragic if we had a retired military person and had not properly screened them and something happened,” he said.

Also representing Cumberland County, fellow Democrat Elmer Floyd got a strong reaction from colleagues when he asked if the committee was going to have any conversation about arming teachers. Representatives Susan Fisher (D-Bumcumbe) and Becky Carney (D-Mecklenburg) quickly informed committee co-chair David Lewis (R-Harnett) that they opposed the idea, as did Rep. Rodney Moore (D-Mecklenburg).

While the group did not delve into arming teachers or debate gun control (outlawing bump stocks and raising age limits on gun purchases were mentioned, but not dwelt upon), those were among only a few topics that didn’t make it onto the list for research and discussion. From start to finish at the meeting, lawmakers made clear one idea: There is no instant remedy for school safety.

“Threats to our schools are an appalling reality that we have to confront,” House Speaker Tim Moore said at the start of the meeting. “The deal is there’s no single solution to the situation.

“We have to confront the psychology of the person who would commit these unspeakable atrocities.”

See below for a list of ideas lawmakers plan to entertain.