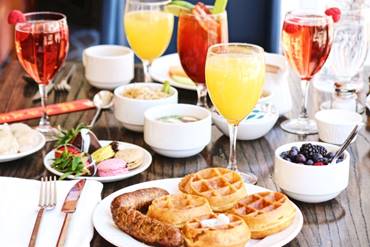 MARSHALL – Last week another proposed Brunch Ordinance failed. This time it was in Marshall.

According to the Asheville Citizen-Times, Jamie Stokes, Marshall’s town attorney, had been ordered to draft language for a Sunday Brunch Ordinance to be presented to town alderman during their September meeting.

Following Stoke’s presentation of the proposed ordinance, which would have allowed Sunday alcohol sales to begin at 10:00 a.m. instead of the current 12:00 noon, Mayor Jack Wallin asked for a motion on the ordinance but never received one. Thus, the bill died.

“I don’t know all of what may have been going on surrounding the proposal,” said Dr. Mark Creech, executive director of the Christian Action League. “But I know this much. When public officials look carefully at the facts and aren’t mesmerized by the business communities’ spurious arguments for profit, they’ll see that this is a serious public health and safety issue, as well as something to undermine religious influence.”

Some of the evidence to which Dr. Creech was referring is below:

The 2004, 2006 and 2008 editions of Georgia Behavioral Risk Factor Surveillance System (BRFSS) reported that driving under the influence (DUI) arrests on Sundays in Athens, Georgia, increased after Sunday sales of alcoholic beverages were allowed in restaurants.

Researchers also conducted a study on the impact of the repeal of a Sunday alcohol sales ban in New Mexico. On Sundays, alcohol-related vehicle crashes rose 29% and alcohol-related crash fatalities jumped 42% from 1990 to 2000.

In The Church vs the Mall: What Happens When Religion Faces Increased Secular Competition? authors Jonathan Gruber and Daniel M. Hungerman with the National Bureau of Economic Research considered the causes and consequences of religious participation. In their research, they sought to identify policy-driven changes that affect the opportunity cost of religious participation based on state laws prohibiting retail activity on Sunday, known as “blue laws.” They found that “when a state repeals its blue laws religious attendance falls, and that church donations and spending fall as well.”

In June of this year, the North Carolina General Assembly passed SB 155 – ABC Omnibus Legislation, which authorized towns, cities, and counties to begin alcohol sales two hours earlier on Sundays. Current law allows sales to start on Sunday only after the noon hour. But since the passage of SB 155 and Governor Roy Cooper’s signing of the measure into law, Sunday sales of alcohol can begin at 10:00 a.m. if local governing bodies approve an ordinance to do so.

A few of the places that have rejected Sunday Brunch proposals have been Onslow County, Holly Ridge, and Bryson City.

“The number of places that have rejected Sunday Brunch bills is quite small in comparison to those that have passed them,” admitted Dr. Creech. “Still, wisdom is known by her children. Jesus said, ‘Strait is the gate, and narrow is the way, which leadeth unto life, and few there be that find it.’”

The Christian Action League urges its followers to please inform the League of any other known Brunch Ordinance failures.