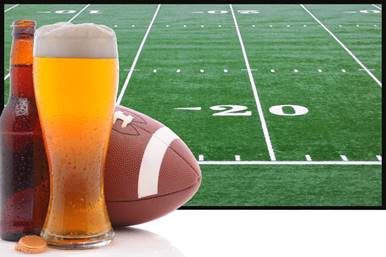 The college football season is now in full swing, and with it comes beer sales at stadiums. But even as more campuses are doing it, one family advocate says it’s “bad policy.”

Several universities have made decisions in recent years to allow beer sales at games. Joining the list this year is Ohio University, whose first home game is this weekend (September 2). As reported by The Columbus Dispatch and The Associated Press, the decision comes after feedback from customer surveys.

Before suds can flow at Peden Stadium during Bobcat home games, a permit must be issued by the state’s Division of Liquor Control. The school – which emphasizes that implementation of beer sales was made with the input from, and support of, the Ohio University Police Department – will add an alcohol-free zone for fans. And while beer won’t be sold on the student side of the stadium, nothing is in place to prevent students from taking beer to their seats.

Rev. Mark Creech is executive director of the Christian Action League of North Carolina, Inc. and former president of what is now the American Council on Addiction and Alcohol Problems. Creech sees issues with the trend in light of rising levels of alcohol abuse among those who are under-aged – and according to him, most of the students who attend the games fall into that age category. Read the rest of this entry