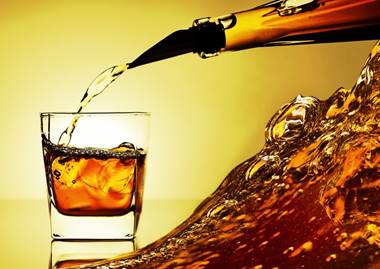 RALEIGH – “It has high stakes for public health and safety and morality in general,” said Dr. Mark Creech, executive director of the Christian Action League. “But it’s low on lawmaker’s radar in comparison to other social issues, and much of the church, except for some confessional statement, offers little or no resistance to it anymore.”

Dr. Creech was describing the challenge of addressing alcohol policy, which was a momentous one for him this week. North Carolina legislators considered four alcohol measures of significance.

HB 500 – ABC Omnibus Legislation was a gargantuan piece of alcohol legislation with seven provisions to change North Carolina’s alcohol statutes. Dr. Creech testified in two committees on the bill and urged lawmakers to remove five of its provisions, which he contended were dangerous to the public’s health and safety.

One section of HB 500 allows brewery employees to sample their own products for “sensory analysis, quality control, and educational purposes,” while in retail operation or while serving pints at a special event. The provision, however, Dr. Creech says could compromise the sobriety of servers who are responsible for checking IDs and monitoring those who may be drinking too much.

Another section of HB 500 would have relaxed the restaurant requirements for securing a liquor-by-the-drink permit so that movie theaters might serve mixed beverages. When speaking to the Senate Commerce Committee on the legislation, Dr. Creech charged that the provision, if passed, would further whittle away at places families could go without being confronted with alcohol sales. He also explained that relaxing the restaurant requirements for a liquor-by-the-drink permit would open the door to an escalation of bars, which the state, technically by definition, does not have.

A third provision allows non-profits to double the number of raffles and the size of their prizes for fundraisers each year. Dr. Creech explained to the Senate Rules Committee, one of the three committees which gave a hearing to HB 500: “Gambling and alcohol are the two most problematic forms of addictive behavior in the country. North Carolina doesn’t need more of either one. Alcohol makes the gambler more vulnerable as he or she is likely to become less responsible with each drink while coveting the large prize.”

A fourth provision of HB 500 allows distillers in this state to sell their branded merchandise like cups, t-shirts, hats, etc. Dr. Creech reminded lawmakers that North Carolina has a serious underage drinking problem with one person dying every week because of it. He explained that alcohol advertising plays a huge role in underage drinking.

A fifth provision in HB 500 would have allowed the sale of malt beverages, unfortified wine, and fortified wine on passenger-only ferries. “This provision,” said Dr. Creech, “authorizes a state agency to sell booze, not to mention the hazard it could cause for passengers on a ferry when someone has had too much to drink and becomes problematic.” He added that “It’s not like law enforcement can drive up.”

Other concerns expressed had to do with the question of liability if someone drinks too much and there is an incident such as falling overboard, driving a car off the ferry drunk, etc. It would appear the way the bill was written the Department of Transportation could be culpable.

All five of the bad provisions survived the committee process, but before the measure arrived on the Senate floor for a vote there was a growing angst among Senate members about the movie theater and ferries provisions. This prompted Sen. Rick Gunn (R-Alamance), the bill’s champion, to amend out these two provisions on the Senate floor.

Dr. Creech argued the measure was still a bad bill, but he was appreciative that Senator Gunn and other Senate members were listening and removed the two most egregious parts of the bill.

“I think we have been blessed with a partial victory. By God’s grace, we’ve made a bad bill into a better one. Sometimes that’s the best you can do,” said Dr. Creech.

After passage of the bill in the Senate, HB 500 was sent to the House. There were still some differences between the two chambers on the legislation that needed to be ironed out in a Conference Committee, but the legislation passed the General Assembly without the movie theater and ferries provisions.

Meanwhile Back in the House

Meanwhile back in the House, the challenge wasn’t over.  The provision concerning ferries which had been amended out of HB 500 in the Senate was also contained in HB 1029-DOT/DMV Legislative Requests. Rep. Pat Hurley (R-Randolph), a good friend of the Christian Action League, who has always considered alcohol policy seriously, ran an amendment to have the provision amended out of the legislation when it was taken up on the House floor on Wednesday. The vote on the amendment was exceedingly close, failing by a 57-56 margin.

But when HB 1029 reached the Senate for consideration, Senate members, in good faith of what they had done with HB 500, amended the ferries provision out of HB 1029.

Friday, a second attempt in the House to get the ferries provision through was halted when Rep. Sarah Stevens (R-Surry) spotted it in SB – 145 DOT/DMV Legislative Requests, a companion bill to HB 1029. Stevens ran an amendment on the House floor to have the provision removed, which this time passed the House by a margin of 54-35.

HB 779 – ABC Elections first appeared on the Legislative Calendar in the Senate on Tuesday and was passed in both chambers as quickly as Thursday.

Its effect is too lower the threshold for an alcohol referendum for malt beverages and fortified wine in a community where they had once met the threshold requirement of 500 residents but had fallen beneath it since the last federal decennial census.

Proponents of the measure argued the bill was to accommodate Peachland, North Carolina, with an opportunity at having an alcohol referendum. But Dr. Creech said it’s really impossible to know how many other communities it may impact.

Dr. Creech sent an email to all Senate members about the bill, saying, “One of the reasons alcohol referendums are not allowed in every nook and cranny is because limiting alcohol outlet density is a scientific and critical means for minimizing alcohol-related harms. It’s simple marketing, the more outlets you have, the more alcohol sold and the higher the rise in dangerous consumption levels.”

The bill makes several changes concerning Alcoholic Beverage Control Penalties and licensure. The measure is an enforcement bill that tightens North Carolina statutes against what lawmakers often refer to as “bad actors” in the booze business.

There was a moment of levity when the Senate Judiciary Committee considered the bill. When the Chairperson of the Committee, Sen. Shirley Randleman (R-Stokes), opened the floor for public comment, Dr. Creech rose to speak.

Dr. Creech told the Committee, “Ladies and Gentlemen of the Committee, I don’t want to waste any of your precious time. But I thought it might be worthy to note this is a historical moment – one for which I have waited for almost two decades. Today I am endorsing an alcohol bill.”  The room filled with lawmakers, lobbyists, and other members of the public, suddenly exploded with laughter.

The irony is Dr. Creech is well-known in the halls of the General Assembly for his opposition to various alcohol measures.

“This bill is a good alcohol bill. It is a measured response to the problem, and the Christian Action League commends it to you,” said Dr. Creech.

SB 714 now moves to the House side for consideration.

The Christian Action League will provide more information on this legislation and its fate next week.