You are here: Home / Christian Action League / A Democrat Wants Government in the Bedroom? 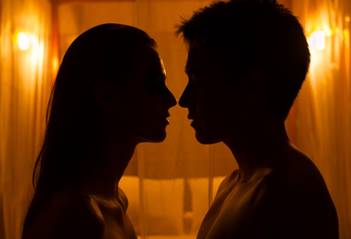 You’re not going to believe this one. Senator Jeff Jackson (D-Mecklenburg) has introduced SB 553 – Revoke Consent for Intercourse.

The bill provides that a person who continues to engage in sexual intercourse after consent is withdrawn “is deemed to have committed the act of intercourse by force against the will of the other person.”

Here’s the way the measure reads,

I have but two things to say about this legislative initiative.

First, I thought it was Democrats who constantly argue we need to keep government out of people’s bedrooms. This puts government right in the middle of the sexual act between two consenting adults. Could government get any closer in the bedroom? How can this law possibly be enforced with any certitude?

I’m not the one to do it, but it seems to me political pundits and comedians ought to have plenty of fodder they can get from this one.

Second, this kind of legislative proposal could only happen in a grossly sexually immoral culture. The whole point of the sexual act between a man and woman is that they completely give away themselves to each other. Its purpose, as God created it, is a total, absolute, and beautiful surrender of the two – both man and woman complimenting the nature the other, physically, mentally, and spiritually. The Scriptures say, “This is why a man leaves his father and mother and bonds with his wife, and they become one flesh” (Gen. 2:24). Sexual experiences outside of marriage can never meet this high standard of love and absolute commitment. Moreover, fornication in its various forms is but a perversion and a counterfeit.

Only a society that has rejected God’s charter for marriage and the family would ever perceive the need for such a law. The proposed measure is an indictment of our foolish and sinful ways and the sure promise of God’s judgment.

I mourn for my country. Not in a spirit of self-righteousness, but out of compassion and pity that we are so far removed from the safety and means of human flourishing provided in God’s commandments. We have sown to the wind and we are reaping the whirlwind.

One might be quite dismissive of these remarks, saying the bill only seeks to clarify our rape statutes and isn’t necessarily indicative of a sexually immoral culture. Rape has always existed in good and bad cultures, one might argue. But when sexual immorality is so rampant that we seek by law to clarify shades of consent, it is most surely a clear sign of a deep depravity.

If you are guilty of sexual immorality and never repented of your sins, you should turn to Christ and accept him as your Savior. If you are a believer in Christ, the Bible says, “[A]mong you there must not be even a hint of sexual immorality, or of any kind of impurity… because these are improper for God’s holy people” (Ephesians 5:3).