You are here: Home / Christian Action League / What’s at the Heart of Millennials’ Preference for Socialism? 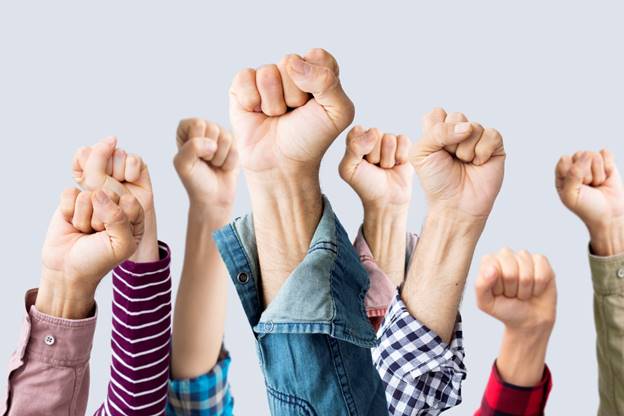 A little more than 40% of millennials today say they prefer socialism. To me, this is the most troubling indicator of a dark future for America if it’s not turned around.

What would make this younger generation unimpressed with freedom or the great costs paid by so many brave souls to secure it? They must not want freedom or appreciate it. They would rather trade it for a socialistic dream and the empty promises of a man-made utopia, something which has always historically ended in a nightmare and dystopia for dozens of countries.

Although I would not venture to portray myself as a sage, I’m confident that I know what’s at the heart of this foolishness.  It is because, generally speaking, millennials and their parents possess little or no understanding of the intense spiritual nature of freedom.

Liberty wasn’t born out of the United States Congress but from the heart of God. It is an inalienable right – a God-given right – a right which belongs to all men everywhere and in every age. The government doesn’t grant inalienable rights. Its task is to protect them. No person, no group, no government, is authorized by our Creator God to infringe upon what is the absolute inherent privileges of being made in the image of God or might interfere with one’s duty to God. When we try to separate liberty from the spiritual, when we base it in human definitions and objectives alone, freedom is corrupted, counterfeited, and dies.

Hamilton said, “If men are disillusioned about freedom, it is not freedom that has failed us but false freedom, freedom divorced from the great words of God…Every attempt to find freedom at the expense of other compelling ideals leads to famine, futility, and disillusionment.”

Charles Spurgeon also spoke along these same lines and admonished: “We do well to look upon the word of the Lord [The Bible] as though it were newly spoken into our ear; for in very truth it is not decayed by years, but is as forcible and sure as though newly uttered. Precepts are prized when it is seen that they come forth from the lips of our Father who is in heaven. The same lips which spoke us into existence have spoken the law by which we govern that existence. Whence could a law so sweetly proceed as from the mouth of our covenant God? Well may we prize beyond all price that which comes from such a source.”

It’s somewhat another subject. But if pastors and the churches they lead are unwilling to take up politics, if they are unwilling to faithfully teach the multitudes concerning the way civil liberty and the Christian reality of spiritual liberty interlock, liberty cannot be preserved. I will say it again, and without apology, freedom cannot survive because it is intensely divine in nature.

Like Hamilton, I suggest a paraphrase of my own.  Let’s take the words of the apostle Paul in Romans 10:14 about salvation: “How shall they call on the Lord if they haven’t believed? How shall they believe in Him, or experience the liberty He gives, or comprehend the true meaning and foundation of freedom if they haven’t heard? And how shall they hear these things without a preacher?”

King David, whom the Scripture references as a prophet, priest, and king says in Psalm 119, “Do not snatch the word of truth from my mouth for I have put my hope in your laws. I will always obey your law, forever and ever. I will walk about in freedom, for I have sought out your precepts. I will speak of your statutes before kings and will not be put to shame, for I delight in your commandments because I love them” (vs. 43-47)

David knew the tendency of leaders to sacrifice the truth of their faith to pomp, statecraft, and the political correctness of the day; but he says that he would not have the word of truth snatched from his mouth. Instead, he would sanctify politics, and make those who were commissioned to govern know who really runs the world.

David might have thought it more prudent not to touch upon religion and politics in the same breath, especially in the presence of people from another faith. He might have been tempted to rationalize that his life and conduct should be enough. But he concludes, “I will speak,” for the source of freedom and hope is only in the Lord and his statutes. This message is most needful for kings and those that administer the affairs of state. There is no sense in fearing the messenger might be shamed when the dishonor is for the one who rejects the word of the Lord.

What a great vacuum silent preachers have created that now the socialists would fill, nevertheless, socialists choose to trade the rights given by a gracious and benevolent Heavenly Father for the mass mind and the mass will.  Socialism gives away one’s birthright for a mess of pottage. It is a poor trade – a monumentally poor trade – one that inevitably leads to bondage and tyranny.

There is no slavery or oppression, however, in sanctity – only liberty. For Christ’s sake fellow believers, if you truly know the Savior, you should know this is true. Speak up!